Will the Russians reduce natural gas prices for their allies?

Russia’s allied countries – Belarus, Armenia and recently also Kyrgyzstan – are demanding that Moscow reduces natural gas prices. Such demands have been formulated in Minsk or Yerevan for a long time, but nowadays, in the face of gas markets crash in Europe (among others), they are intensifying even more. Nevertheless, there is no indication that the Russians will make any concessions. And certainly not for free. 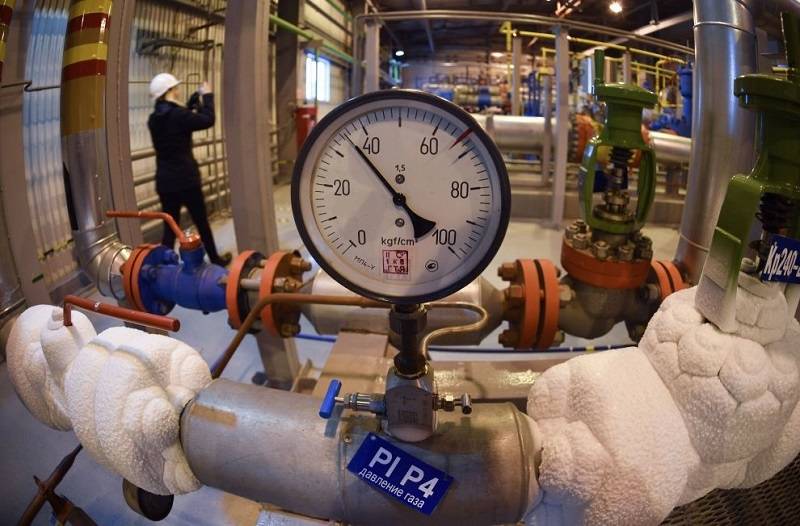 The matter of Russian natural gas supply to the countries of the Eurasian Economic Union (EAEU) has gained attention in recent months, when Armenian Prime Minister Nikol Pashinyan and Belarusian President Alexander Lukashenko agreed to cooperate in order to obtain Moscow’s approval to reduce the natural gas price. Furthermore, more insightful observers could also note that Kyrgyzstan has also joined Armenia and Belarus over time. Thus, at present, all EAEU members who import Russian natural gas (Kazakhstan is also a member of the Union, but it is a gas exporter), are demanding that the Russians change the conditions of cooperation. Where did such a situation come from, if we are referring to the countries allied with the Kremlin (whether by choice or by force)?

First of all, the reality of natural gas supplies in the EAEU has to be understood. In the case of Armenia, Belarus and Kyrgyzstan, the Russians have a monopoly over natural gas, controlling the transmission infrastructure, and at the same time remaining the dominant (or even sole) gas distributor. Therefore, the current situation has nothing to do with the principles of the free market. On the one hand, Russian Gazprom sells natural gas to Armenia, Belarus and Kyrgyzstan, while on the other hand, its local subsidiaries are formal purchasers and further distributors of this raw material. In practice, this means that natural gas prices for Russia’s allies are set politically, and are often a subject of broader negotiations. Such situation is particularly evident in the case of Belarus, where talks on the energy cooperation terms are regularly combined with negotiations on the general principles of further Russian-Belarusian integration.

Although relations between Russia and its allies could be rough and difficult, in principle, the Kremlin has so far provided relatively favorable conditions for its partners’ natural gas imports. Apart from the periodic crises, when gas supplies served the Russians as a tool of coercion in negotiations, the EAEU member states could generally count on significant reductions, in contrast to, for example, prices in Europe. However, this situation has dramatically changed in recent months, with the unprecedented crash of natural gas markets (an oversupply in storage after a very warm winter with a simultaneous outbreak of the COVID-19 pandemic).

Currently, the “price at the border”, i.e. the price at which Gazprom’s subsidiaries buy the Russian gas, is USD 127 per 1000 m3 (35314.7 ft3) in the case of Belarus and USD 165 per 1000 m3 in terms of Armenia and Kyrgyzstan. However, the price in Western Europe at the end of May 2020 was about USD 40 per 1000 m3 (in the Dutch TTF hub). Nevertheless, such a diametral change does not affect the conditions of natural gas supply within the EAEU. The price of the raw material in the case of Armenia, Belarus or Kyrgyzstan is fixed and not related either to market prices or the crude oil rates.

Consequently – do the Russian allies have a chance of obtaining more favorable conditions for natural gas import in the next few months? At the moment it seems that rather not necessarily. Especially since Russian Gazprom itself is also facing serious business problems (low commodity prices, difficulties in implementing the Nord Stream 2 project, etc.) and because of that it might be reluctant to grant additional discounts on the gas it sells.
If there were to be any concessions from the Russians, these would be limited and rather short-lived, e.g. be in effect only for a few months. Furthermore, it could be assumed that any discounts would also have to be a part of a bigger picture, being linked, for instance, to political or business concessions from Belarus, Armenia or Kyrgyzstan.

It is, however, definitely unlikely that the Kremlin would be able to do its allies a favor in terms of the fundamental policy, i.e. agreeing to a generally understood revision of the natural gas pricing system within the Eurasian Economic Union. Both Armenia and Belarus are demanding uniform transmission tariffs to be set throughout the EAEU, which in practice would prevent the Russians from setting completely arbitrary prices of raw material for their allies. Yerevan and Minsk argue that this type of task results directly from the previously adopted goal of creating a common gas market by 2025. The point is, however, that the authorities in the Kremlin have a different perspective.

Vladimir Putin himself spoke on the subject in May, unequivocally rejecting the possibility of accepting the arguments of Armenia and Belarus at this stage. As the Russian president pointed out, the unification of transmission tariffs will only be possible after the introduction of… a common budget and tax system within the EAEU. For the time being it would be difficult to get a clearer message about the Kremlin’s position on natural gas cooperation with its allies.

Author: Mateusz Kubiak – a graduate of Eastern Studies and International Relations at the University of Warsaw. Caucasus geopolitics expert.

« Will the dollar remain an instrument of US international dominance?
Summary: Is this the end of China’s “peaceful development” strategy? »