What is the state of democracy after the presidential election in Poland?

The presidential election, held in Poland in May and July 2020, should be seen primarily through the prism of a major triumph of democracy. The election was attended by mobilized crowds of citizens in Poland and abroad, representing all electorates. Considering the electoral marathon that has lasted in Poland since May 2019 (European Parliament election, then Polish parliamentary election), Poland ends this run with a gold medal around its neck. Democracy is flourishing. 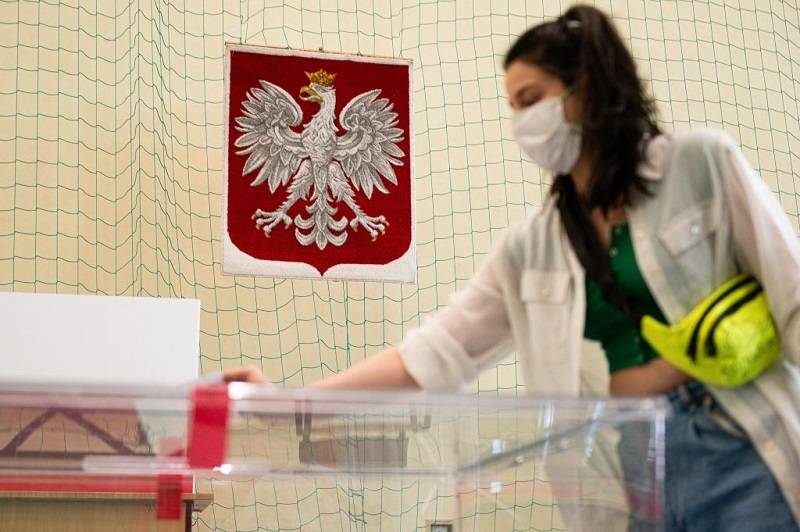 The election of the President of the Republic of Poland was postponed from the initial date of May 10 to the end of the month, that is May 28, due to the coronavirus pandemic. The turnout in the first round of the election was 64.51%, which should be understood in terms of great success and mobilization of a large number of Poles. The first round was won by the incumbent President – Andrzej Duda, who was running for the office with the support of the ruling, conservative party Law and Justice (Prawo i Sprawiedliwość, PiS) and who polled 43.5% of the vote (8,450,513). Rafał Trzaskowski, supported by the liberal Civic Platform (Platforma Obywatelska, PO) came second with 30.46% of the vote (5,917,340). The following places were taken by: a nonpartisan candidate – Szymon Hołownia (13.87%; 2,693,397), a right-wing Confederacy (Konfederacja) candidate – Krzysztof Bosak (6.78%; 1,317,380), a representative of the Polish People’s Party (Polskie Stronnictwo Ludowe) – Władysław Kosiniak-Kamysz (2.36%; 459,365) and an ultra-left candidate – Robert Biedroń (2.22%; 432,129). The remaining candidates received 155,335 votes in total.

The second round attracted a large turnout – 68.18% of voters went to the polls. It was the highest turnout since the second round of the 1995 presidential election. The outcome of the 2020 election was uncertain until the last minute, as all the polls gave comparable results to both candidates. Ultimately, the victory of Andrzej Duda, who was elected for his second five-year term, was announced. The incumbent President received the support of 51.03% of voters, i.e. 10,440,648 votes. The candidate of the Civic Platform – Rafał Trzaskowski, was supported by 48.97% of voters, i.e. 10,018,263 people.

Andrzej Duda is an experienced politician – since August 6, 2015, the President of Poland. He is a doctor of law, who held the position of Undersecretary of State in the Ministry of Justice in the years 2006-2007 and Undersecretary of State in the Chancellery of President Lech Kaczyński between 2008 and 2010, he was also a Member of the State Tribunal (Trybunał Stanu) from 2007 to 2011, a Member of Polish Lower House (Sejm) during its seventh term (2011-2014) as well as a Member of the European Parliament during the eighth term (2014-2015). His electoral program is primarily a declaration to maintain the “Family 500+” program (state support for families in the form of a payment of PLN 500 for each child in the family), the 13th pension (additional, 13th pension for the entitled), and other social programs. During the ongoing campaign, he also spoke about the solidarity allowance for the duration of a pandemic (the solidarity allowance is a benefit granted from June 1 to August 31, 2020.

It amounts to PLN 1400 per month and it is intended for citizens whose employment contract was terminated after March 15, 2020, and others, whose contract was terminated after that date with the lapse of time for which it was concluded). The following ones include the development of the Medical Fund and allocation of 6% of GDP for the health service until 2024. An important item on the campaign agenda was the program to fight smog, the support of thermal modernization of single-family buildings and the replacement of heat sources (for more ecological ones). Great emphasis was also placed on the expansion of the railway network and the development of infrastructure. An issue which was raised during the campaign discussions and which has already been implemented is the 1000+ tourist voucher, seen as support for the tourism industry during the pandemic.

Since 2018 Rafał Trzaskowski holds the office of the Mayor of Warsaw. A Doctor of Humanities, was also a Member of the European Parliament during the seventh term (2009-2013), a Minister of Administration and Digitization from 2013 to 2014, a Secretary of State in the Ministry of Foreign Affairs between 2014 and 2015, a Member of the Polish Lower House during the eight term (2015-2018) and is currently a Vice-President of the Civic Platform since 2020. His electoral program was based primarily on a declaration to increase health care funding, make investments in clean air (grants of PLN 10,000 for each family that will make an effort to fight for clean air).

An important point of his campaign was the postulate to introduce same-sex unions and the LGBT Charter throughout the country. Other ideas included appointing a spokesman for state control in the National Security Bureau (BBN), appointing an independent person to the position of the Public Prosecutor General by the President of the Republic of Poland, strengthening the position of the Polish armed forces in NATO, introducing changes to Poland’s energy and climate policies (adoption of the EU’s Green Deal for Poland and a start of a gradual shift away from coal) as well as creating equal opportunities in the labor market (a program of building and later offering free preschools and nurseries throughout Poland was expected to help in creating equal opportunities for women and men).

As far as the views on foreign policy are concerned, distinct opinions of both candidates should be underlined. Andrzej Duda focuses on relations with the United States (good relations with the US of the incumbent President are confirmed by his visit to Washington just before the first round of the election). In his foreign policy program, President Duda noted that the expansion of the Świnoujście gas terminal and the construction of the Baltic Pipe – a natural gas pipeline, will result in independence from unstable natural gas supplies from Russia. Thanks to the initiative of the Three Seas, which was launched during his first term, Poland has become a significant partner for the United States in the region, whilst this is also important in strengthening Poland within the structures of the European Union. As he claims: “Poland needs Europe, and Europe needs Poland.”

Rafał Trzaskowski’s main goal was to restore Poland’s good position in the European Union and NATO. In his opinion: “only Poland that is strong in the European Union and NATO can be an important and a meaningful partner for everyone else.” According to the candidate supported by the Civic Platform, Poland has deteriorated its international image over the last five years. In his campaign, Trzaskowski announced that his first foreign visit would be to Brussels and then he would like to invite the Presidents of France and Germany to Warsaw in order to “renew the Weimar Triangle.” As far as mutual relations between the United States and Germany are concerned, he said that “he would navigate these relations between Poland and an important international as well as a significant military ally.”

The Polish election was examined by a special mission of the OSCE agency – the Office for Democratic Institutions and Human Rights (ODIHR), which issued a position on this matter and assessed that the second round of the presidential election was conducted in a proper manner. As it results from the above, Poles had a full access to choose a candidate with whom they identified (taking into account their views, values and the way of conducting politics). In the first round, candidates represented the whole left-right political spectrum, whereas the results of the first and the second round of the election show that the Poles mobilized themselves to go to the polls and choose a candidate who represents their values.

Due to the victory of the candidate supported by the conservative Law and Justice party, some members of the opposition accused the elected President of rejecting liberal values thus violating democracy. However, it should be remembered what the democratic system is all about. It is based not only on liberalism, but also on further values, including conservative, leftist and others. Yet, the choice of values that ought to play the greatest role should be made by the voters in each case. This is exactly what happened during the electoral process in May and June this year. The election was conducted in a fully transparent manner, without any restrictions to hold them anywhere, even taking into account the difficult conditions resulting from the epidemic situation. The voters had the opportunity to influence the outcome of the election by choosing “their” candidate. The freedom of the media is also crucial for the quality of democracy. During the presidential campaign it was possible to observe that the media in Poland are highly diverse. A huge part of the media is in private hands, including the country-wide media, which openly favor liberal values.

Another proof of a good state of democracy in Poland is the one provided the by the voters – the election turnout, which has achieved almost a record-breaking result since the transformation. Considering the high turnout and almost equal election results of both candidates, the triumph of democracy in Poland should be clearly indicated. The opposition was given a huge mandate to control the actions of those in power and to take part in substantive disputes. Both candidates mobilized their voters in a way that has been unprecedented for a long time, which significantly increased the turnout in the second round of the election.

The results of the presidential election in Poland are a success of democracy, of which Poles should be proud after 30 years of the political transformation. The voters are confident that they are represented by their president, who stands for their views and values (entrusting a mandate to the same candidate for a second five-year term) while by taking part in the election, they can influence the country’s situation and direction. On the other hand, the opposition is able to keep a close eye on the matters being conducted and, in accordance with the tools available in democracy, assess the incumbent President and those in power.