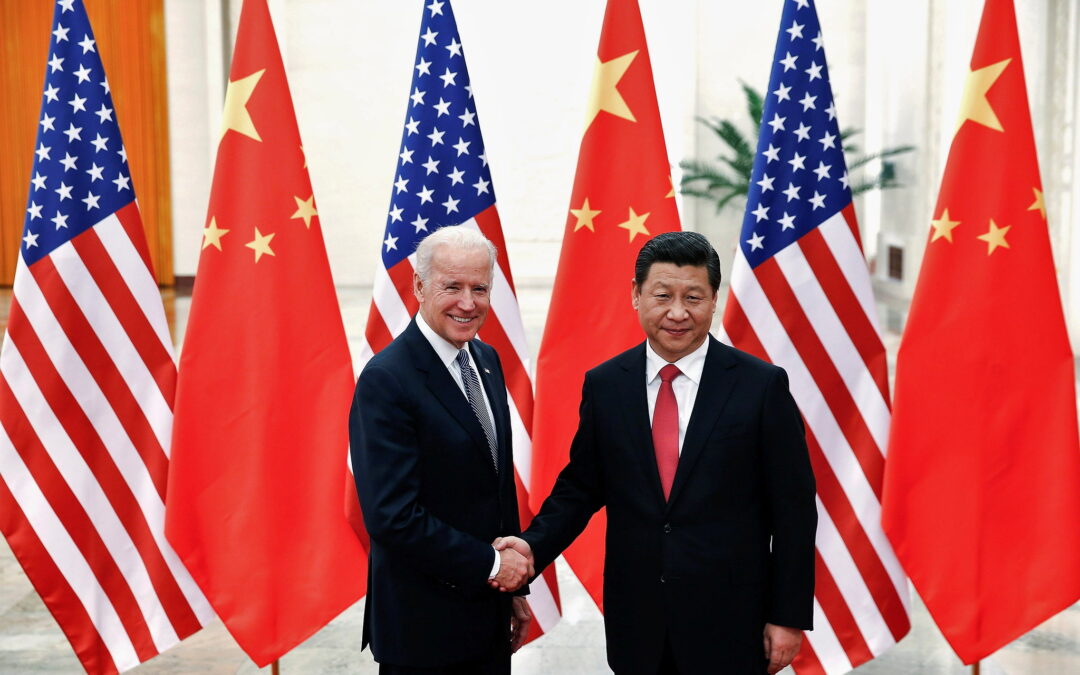 US-China relations have been strained. The Biden administration began its tenure during the pandemic that Donald Trump blamed the PRC for. Newly formed American diplomacy raised the issue of climate change, the deepened interference by the Chinese authorities in Hong Kong and the violation of the laws of the Uyghurs in Xinjiang.

The main expectations of the Chinese were to lift the restrictions imposed by the Trump administration. They wanted to open a “new chapter” and define their negotiating position. In an atmosphere of mutual tensions, the representatives of the two world powers met in Alaska in March.

For China, the meeting was an opportunity to mark the growing position of Xi Jinping’s regime. The United States sought to show readiness for the talks of key importance for world politics. The case of Taiwan’s independence or Chinese espionage was expected to be raised.The meeting of diplomatic representations defined the direction of international politics and indicated a list of bilateral disputes. The US was represented by Secretary of State Antony Blinken and the President’s National Security Advisor Jake Sullivan. Chinese diplomacy was headed by Yang Jiechi, a member of the CCP’s political office, and Wang Yi, the foreign minister.

The Anchorage summit went down in history as a firm signal from the PRC. Beijing indicated that it would not accept US domination in bilateral negotiations. According to experts from “The Diplomat”, the Chinese tried to change the dynamics of political relations between countries. They succeeded, and American diplomacy was relegated to the “negotiating corner”.

“So we believe that it is important for the United States to change its own image and to stop advancing its own democracy in the rest of the world.” – Yang Jiechi spoke during the talks.

Chinese rhetoric dominated the shape of the talks, which resulted in the lack of binding agreements. In the opinion of Asian media such as “Global Times” or “People’s Daily” it was a key moment in changing the balance of power in relations between countries. The authorities in Beijing have sensed the moment to act boldly.

The situation in the South China Sea

The effect of China’s far-reaching diplomatic actions were its unhampered steps in the South China Sea. The US responded by organizing visits by Blinken and the new Pentagon chief Austin to Japan and South Korea. The Americans planned to increase the number of bases in this region, because the growing involvement of Chinese military forces became visible here. One of the signals was the firing of ships exercising the so-called right to “free movement” around areas of teritorial contentions.

From the disputed territory of the Paracel Islands, the Chinese attacked American ships. This was the case with the USS Benfold, which appeared in the northern part of the South China Sea in July. This place, like other islands in the region, is an area claimed by many East Asian countries. Beijing believes it has historical rights to the waters, but the Permanent Court of Arbitration in The Hague found their claims unlawful. It does not change the fact that after a year of the policy pursued by the Biden administration, the Indo-Pacific is still a place of growing Chinese influence.

On November 15, a virtual meeting between Joe Biden and Xi Jinping took place. Analyzing the shape of US-Chinese relations, it is worth pointing out that for Biden it was not a partnership conversation, but rather negotiations with the main rival in the race of powers.

The topics of negotiations covered those raised in March in Alaska, but the issue of Taiwan has become the most important issue. Xi quoted by Reuters said, the US president’s support for Taiwan “is like playing with fire.”

The US attention was drawn to the significant expansion of the Chinese army. At the moment, the Chinese People’s Liberation Army can count up to 2.8 million soldiers. This is at least twice as much as the US military. It follows that the USA feels an increasing threat from the PRC. At the moment, it is mainly about their closest ally in the region – Taiwan.

In October, China conducted maneuvers on a beach in Fujian Province on the other side of the Taiwan Strait. Meeting with Xi was aimed to prevent a kinetic confrontation in this region. President Biden wanted to stabilize relations with the PRC because he is aware of the growing potential of his “rival”.

The reset in US-China relations seems to be a distant matter. While the current president’s language is subdued, the United States does not remain passive. The Uyghur Forced Labor Prevention Act on the prevention of forced labor was passed in the Congress. The Americans have imposed sanctions on Chinese companies and announced a diplomatic boycott of the Beijing Winter Olympics. The Biden administration has also announced a further investigation into the origin of COVID-19. American administration is also signaling its desire to defend Taiwan. Additional activities were conducted by the strengthening of the military presence in Japan, South Korea and the establishment of the AUKUS defense pact. It may limit Chinese aspirations in the Indo-Pacific region.

When assessing the US-China relations in 2021, it should be noted that they were based on a diplomatic exchange. It is also necessary to point out the tension that was deepened by the firm stance of Chinese diplomacy during the Alaska summit. The picture is complemented by Chinese activity in the Indo-Pacific region and the lack of clear effects of Biden’s direct policy. China senses the weakness of the new White House administration. In 2021, they checked how far they can go. The effectiveness of their further actions will depend on Washington’s response.

Jan Hernik is a journalist and publicist who gained experience in Polish independent Internet media broadcasts. In his career, he participated in the creation of projects related to domestic policy and geopolitics. Hernik has an experience in working as a TV presenter and editor of a news portal. At the Warsaw Institute, he is the editor-in-chief and expert in the field of the United States.

Hernik is a graduate of the American Studies Center at the University of Warsaw. He specializes in the theory of religion, race and ethnicity for political choice in the U.S presidential elections. His research interests also include the colonial era of the United States, the right to bear arms and the American liberal thought.