US Basing in Poland and NATO’s Mobility Challenge 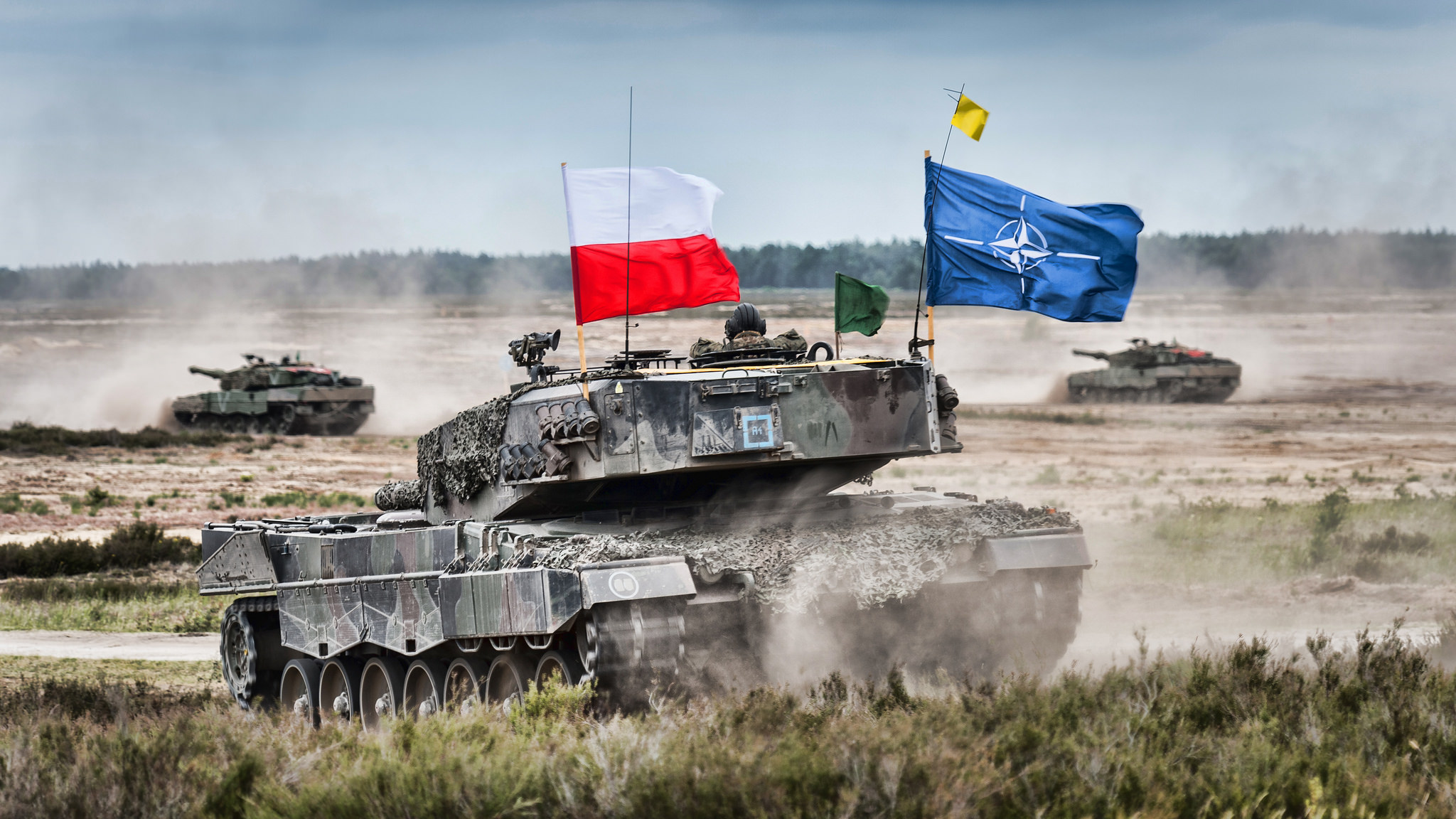 The center of gravity of NATO has been steadily moving eastward since the end of the Cold War, assuming greater intensity following the invasion of Crimea in February 2014. Poland plays a central role in NATO’s deterrence strategy in the East, first and foremost due to its proximity to the theater of potential conflict in the Baltic.

The United States has a major dilemma in its defense strategy in Europe through the small size of its Europe-based conventional forces. At the height of the Cold War, the United States disposed of over 350,000 ground forces based in Germany alone defending the Fulda Gap. Today Washington has only 50,000 men total defending a potential battlefront that extends from the Arctic to the Black Sea as NATO struggles to develop a deterrence strategy utilizing a small number of American forces.

Not since the age of Bismarck has a European leader emerged with a willingness to use limited war as part of its strategy. Russian President Vladimir Putin is that person and, by utilizing the Russian concept of hybrid-war or non-linear war, he has become the Master of Limited War in the post-Soviet space, fighting four different wars to mark Russia’s reemergence in Europe as an irredentist power. All four of these wars have been fought since Putin came to power, first with the second Russo-Chechen war in 1999, the Russian invasion of Georgia in 2008 followed by the Russian attack and annexation of Crimea in February 2014 and its incursion into eastern Ukraine in August 2014. They all have one thing in common: Russian war-fighting strategy is to first invade, occupy, pause and then engage in endless international negotiations over the future of these regions only to later annex the regions with no ultimate conclusive results.

Following the path of Bismarck, Putin is eagerly redrawing the borders of the post-Soviet space and changing the regional balance of power. Facing off against this threat NATO strategy is at a crossroads. It has a major mobility problem with most of the U.S. forces based in Germany and the potential theaters of conflict stretching thousands of miles from the Baltic and the Black Sea region. Berlin offers the best transportation infrastructure in Europe for American forces to transit to different parts of Europe but it has encountered numerous problems in putting its train car capacity at the disposal of NATO in a timely manner. Delays in finding railcars for transporting American armor have caused some stoppages, as when U.S. forces returning from an exercise in Georgia had to wait for four months in Germany without their equipment. Their Stryker’s vehicles used in the exercise sat in Bulgaria while U.S. troops waited on the rail car capacity to transport their armored equipment back to Germany.

Transportation bottlenecks like this and EU regulations inhibit the time available for American forces to be deployed to potential forward frontline positions.  Some officials, like former Commanding General U.S. Army forces Europe, retired Lt. General Ben Hodges have called for the creation of a Schengen system for NATO that would allow American forces to be transferred throughout Europe without the requirement of having a Schengen visa. This problem undermines NATO’s ability to react to a crisis. To correct the problem of NATO readiness, former U.S. Secretary of Defense James Mattis has requested the Alliance to create the 30-30-30-30 plan, also known as the four 30s concept whereby NATO can have 30 land battalions, 30 aircraft squadrons, and 30 warships capable of deployment within 30 days. The forces would be drawn from NATO units and could rush to the aid of any NATO ally. The Alliance on paper is supposed to have a 5,000 person NATO Response Force (NRF) that is assumed to be ready for deployment while many experts believe that the Mattis 30-30-30 concept demonstrates that the NRF is actually not combat ready for deployment at all.

Facing both military mobility and a readiness challenge, NATO has no other option than to move its forces closer to the actual theater of military operations to face the Russian threat. The debate is not about a U.S. military base in Poland but instead is about forward deployment and having NATOs military forces closer. Russia alone has over 200,000 servicemen based in the Western Military District and the Russian air base at Pskov, home to the 76th Air Assault Division, the same unit that led the invasion of Crimea in February 2014, and 35 years before also spearheaded the Soviet invasion of Afghanistan in 1979. In Poland the United States already has about 4,000 men operating throughout the country, but these forces are not enough to deter Russian capabilities in the region. The Polish army is already one of the largest ground forces and has one of the most modern armies in Europe, with more German-made Leopard 2 tanks in its armored formations than there are in the German Bundeswehr. The country also has one of the most modern air forces in Europe with nearly 50 modern F-16 fighters. It also plans to increase the number of new aircraft in the coming years.

In light of these developments, NATO’s center of gravity is moving deeper into East Central Europe. Previously former Secretary of Defense Donald Rumsfeld described NATO as consisting of the old Europe and new Europe in terms of their willingness to deter Russian aggression. What he failed to note is that this geographic distinction in NATO also exists in terms of NATO’s war-fighting capabilities as a military alliance. Russia’s recent attacks on Ukrainian naval vessels in the Black Sea near the Kerch Straits last November demonstrates the tyranny of distance in terms of how far overstretched NATO is in meeting any future challenge from the east. It also underscores the U.S. challenge for mobility in NATO to be able to deter further Russian aggression along the Baltic-Pontic axis, or what Polish geo-politicians call the Intermarium or more recently Three Seas initiative. The idea that the threat NATO faces is not in the traditional arena of conflict in Western Europe, as it was during the days of the Fulda Gap, is now being overshadowed by the places like the Suwalki gap or even in places like Bessarabia and Donbas. What the debate over new U.S. military base confirms is that NATO lacks a new basing structure for the 21st century to deal with a revanchist Russia. A U.S. base in Poland would help further that goal as Washington seeks to monetize its security by getting other nations to pay for the costs of hosting American bases. Poland’s offer of $2 billion annually to receive a U.S. base, potentially named Fort Trump, is could be the answer to resolving the issue of mobility. It would allow NATO to have a force structure that is more forward deployed and closer to the threat posed by the Russian challenge in the East.

Relocating the alliance basing structure further east is not a zero-sum game for Germany or Poland. It is a question about mobility and whether NATO can meet the challenges posed by Russia. Retaining military facilities in central Poland gives the United States and NATO the ability to defend the Baltics by moving forces closer to the theater to defend geographic chokepoints like the Suwalki gap or rapidly reinforce the Baltic states should resort Moscow to a limited war and seize a slice of territory, like Narva in Estonia or the Russian populated Letgale region of Latvia. Basing in Poland also gives NATO and American forces ease of mobility in reacting to a conflict in the Black Sea as well. There are two anchors of NATO in the East – Poland and Romania. Having a military base in Poland provides one of those anchors and should be followed by a NATO infrastructure enhancement with Romania to improve the Baltic-Pontic axis and secure the other anchor. Bases in Poland would also eliminate transportation bottlenecks by moving forces closer to the frontlines and possibly consider  making the eastern European rail hub of Lviv, a key component of the new NATO mobility structure as a part of this new NATO strategic axis. For this reason, American and European strategists should understand that the issue of U.S. basing in Poland is more a question about enhancing NATOin East Central Europe than it is about Fort Trump as a fixed military base for U.S. forces in Poland. Instead, Fort Trump should be viewed as the new strategic anchor for deterring Russian power in the East.

READ COMMENT TO REPORT BY IULIAN CHIFU -> U.S. PERMANENT MILITARY BASE IN POLAND: ADDED VALUE FOR DEFENSE AND DETERRENCE ON NATO’S EASTERN FLANK

« Permanent U.S. Base: Strengthening NATO‘s Defensive Potential
“We care for the good name of Poland in the U.S.” »