The US is betting on Australia. Are preparations for a potential conflict with China underway? 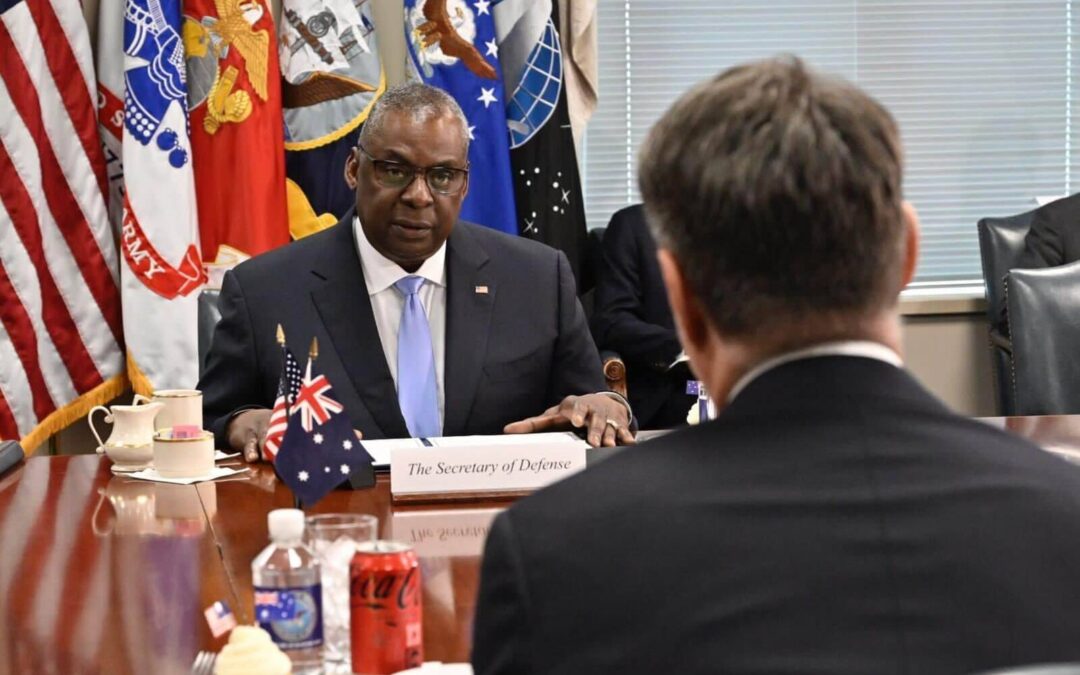 As reported in an official statement on the US Department of Defense website, Lloyd Austin’s meeting with Richard Marles on July 13 in Washington was a “family gathering rather than a strategic summit.”[1] The defense ministers of both countries reaffirmed the indissoluble alliance of the United States and Australia, which brings greater benefits to both countries with each day the new administration in Canberra is in office. The wording used in the official message of the Department of Defense proves that the relations between the two countries function on an exceptionally favorable plane.

The government appointed by Anthony Albanese has proven from the beginning of its term that cooperation with American partners is a priority for them in the face of growing tensions in the Indo-Pacific region. In the face of threats by Beijing against Taiwan and the sharpening rhetoric of leading representatives of the People’s Republic of China, the US State Department approved the sale of 80 air-to-ground missiles (JASSM-ER) to Australia worth $ 235 million. As reported by Asia Times quoting the Australian Aviation, stealthy cruise missiles have a range of 935 km and can be used with F-35 Lightning II or F / A-18F Super Hornet fighters belonging to the Royal Australian Air Force (RAAF). Earlier, the United States approved the sale of $ 94 million worth of anti-radiation missiles to suppress enemy air defense (SEAD) in Australia. As part of this sale, Australia is to receive 15 AGM-88 High-Speed ​​Anti-Radiation Missiles (HARM), designed to target enemy air defense radars to prevent opponents from using air defense systems.[2] This is a clear signal that the Australian Armed Forces, in partnership with the Americans, are being directed to prepare for a potential kinetic conflict taking place a long way off the Australian coast. However, Australia’s overriding goal is to maintain security and to neutralize potential threats as far from its shores as possible.

The United States Marine Corps announced on July 18 that the unit did not intend to withdraw its troops from the Western Pacific anytime soon. The reason for this decision is the growing threat from China. During his speech at the Center for Strategic and International Studies, General Eric Smith pointed out that the United States must be able to access the site of a potential military conflict as soon as possible. In his opinion, it is necessary in such a vast area as the Indo-Pacific. The representative of the US Marines also pointed out that reviews of logistic chains are being carried out to maximize the efficiency and speed of movement of US military units in the event of a possible kinetic conflict.[3]

In late July, China organized another military exercise near the Paracel Islands in the South China Sea. It happened almost immediately after the carrier USS Ronald Reagan docked at the port of Singapore. USS Ronald Reagan is now at the Changi Naval Base, and the ship’s crew declined to comment on the reasons for the change of course and the forecast missions of the carrier. The aircraft carrier has been in the South China Sea region since July 13, 2022, conducting sea exercises in the company of, among others destroyer USS Benfold. General Smith’s words and the current deployment of US troops and naval units clearly indicate that it is the Western Pacific region that may become the scene of the upcoming escalation in the US-China conflict.

Australia, staying at a certain distance from the Western Pacific region, does not plan to ignore what is happening in their vicinity. The growing supply of US technology, weapons and intelligence are evidence of the growing readiness and tension that may accompany a potential escalation in the Pacific. The growing importance and strength of Australia is therefore an element in Biden’s plan, which would be aimed at stopping the spread of a potential armed conflict to a larger area.

Canberra’s role will be to provide adequate support to the United States, defend as far as possible from its own country’s shores, and crush the conflict that may break out in the South China Sea in the bud. Together with Japan and South Korea, Australia can be used to close the war theater from the south. Such a tactic seems to have been consistently implemented since the end of the term of Donald Trump, whose administration negotiated the creation of the AUKUS pact, which was already signed during the term of Joe Biden. Economic, military and allied strengthening of the South Pacific is one of the priorities of the Biden administration, which was also joined by AUKUS through the Partners in the Blue Pacific alliance. Harnessing more countries to US military and economic alliances will be of key importance for the United States, as in the coming years they may turn out to be one of the few determinants that will prove in favor of the United States in the perspective of a potential war with China. Australia seems to be designated by the Biden administration as a global champion of the American plan and power in this region of the world.