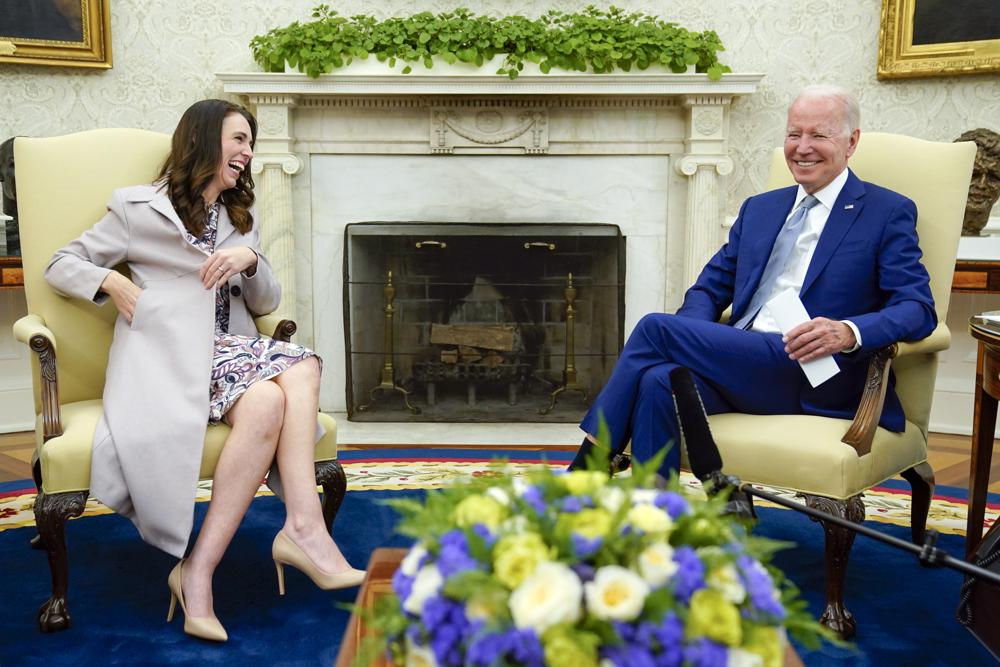 The New Zealand Prime Minister visited the US capital amid growing doubts about the security profile in the South Pacific. It is about an agreement between the Solomon Islands and the People’s Republic of China, which poses a potential threat to increase the military presence of the Chinese People’s Liberation Army in the region. During the meeting, the leaders reaffirmed the strong ties that bind both countries. They result, inter alia, from the Wellington Declaration (2010), which marked a new chapter in closer relations between the US and New Zealand. This agreement established a strategic partnership framework to shape future practical cooperation and political dialogue. It was signed on November 5, 2010 by the then US Secretary of State Hillary Clinton and the Minister of Foreign Affairs of New Zealand Murray McCully.

As the announcement on the White House website indicates, both Ardern and Biden points out a few key issues that will constitute permanent elements of the cooperation between the two countries.

I. Regional architecture and security

Despite the global overtone of the partnership between the United States and New Zealand, relations between the two countries are to focus mainly on cooperation in the Indo-Pacific region. The implementation of this postulate is a direct implementation of the assumptions of the Indo-Pacific Strategy of the administration of Joe Biden. One of the US plans in the region is to support the building of sovereign and prosperous countries based on the international order. To this end, both countries support the Association of Southeast Asian Nations (ASEAN) initiative.

II. Prosperity in the Indo-Pacific

The US and New Zealand intend to strengthen cooperation to promote the growth of both economies for the benefit of all their citizens and to explore how bilateral agreements can expand trade and investment to strengthen supply chain security and economic resilience. To this end, the United States and New Zealand will resume their annual discussions on the Trade and Investment Framework Agreement (TIFA).

In order to achieve the above goals, both countries also declare full cooperation within the Indo-Pacific Economic Framework for Prosperity (IPEF) announced by Joe Biden at the recent QUAD summit in Tokyo. Both the US President and the New Zealand Prime Minister also stressed the importance of Asia-Pacific Economic Cooperation (APEC).

III. Challenges of the 21st century

At this point, mentioned in the official White House note, you can read about the strengthening of cooperation in the fight against global warming and the management of ocean space by the maritime democracies of the Indo-Pacific region. President Biden and Prime Minister Ardern have also committed to ending the acute phase of the COVID-19 pandemic while working to prevent, detect, prepare for and respond to future global health emergencies and pandemic threats.

Biden’s meeting with Ardern is a continuation of a series of activities aimed at strengthening the position of the United States and its allies in the Indo-Pacific region. It was the culmination of the May plan, which included the Washington Summit attended by Association of Southeast Asian Nations (ASEAN) leaders; allied visit of Biden to South Korea and Japan; and the summit in Tokyo among the leaders of the associated countries in the QUAD format.

All the above-mentioned projects are a direct response to the growing territorial aspirations of the People’s Republic of China in the region. Since Xi Jinping took power in Beijing in 2013, China’s involvement in claims and threats to countries in the Indo-Pacific region has increased significantly. In this way, Xi conducts the policy of the so-called “Chinese dream”, the main goal of which is maximum expansion. New Zealand also expressed concerns about China’s presence in the Indo-Pacific region following Beijing’s security agreement with the Solomon Islands.

During the 80 years of diplomatic relations between the US and New Zealand, bilateral relations have brought tangible benefits to their citizens. However, the present times require more decisive steps to be taken to ensure the security and sovereignty of the countries located in the Indo-Pacific area. Jacinda Ardern left Washington with Joe Biden’s strong assurance, summed up in the words engraved on a memorial plaque for the Marine Corps in Wellington, New Zealand: “If you ever need a friend, you’ve got one.”