The protests in Belarus are driven by public anger, not a political vision – an interview by The Warsaw Institute Review

On August 9, Belarus held a presidential election, which, according to official results, the incumbent President Alexander Lukashenko won with over 80% of the vote. His rival, Belarusian opposition candidate Sviatlana Tsikhanouskaya, was supposed to receive only 10% of the votes. These results were not recognized by the opposition nor a number of states and international organizations, including the European Union. The editors of The Warsaw Institute Review talk about the protests that engulfed the country, the attitude of the Belarusian authorities and the geopolitical future of Belarus with Piotr Żochowski, an analyst of internal security in Eastern Europe at the Center for Eastern Studies. 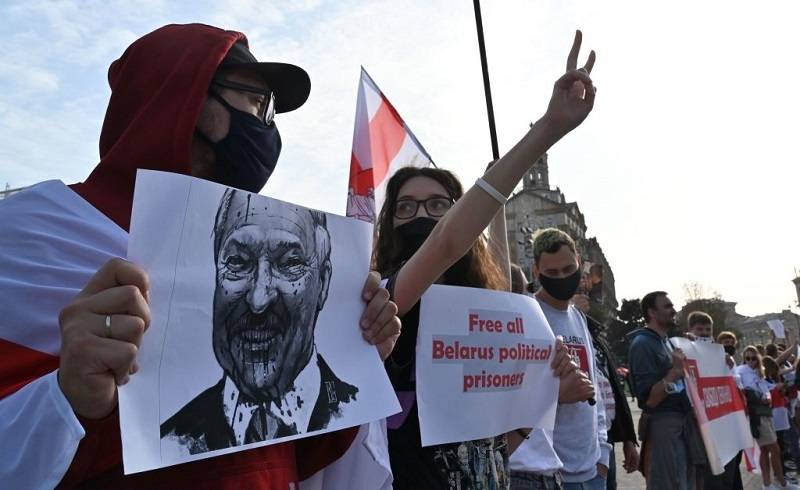 The Warsaw Institute Review: On September 23, the so-called “swearing-in” of Lukashenko took place. It was conducted in secret – not announced earlier, nor broadcasted live on television. What is your opinion about this behavior? Why was the swearing-in such a secret event?

Piotr Żochowski: It came as a surprise to all observers. The people who witnessed the situation in Minsk were confused until the last moment, because the earlier information circulating in the city assumed that Lukashenko would organize this ceremony on Saturday or Sunday. Everyone was expecting that it would be a major event, but to our surprise, Lukashenko slipped through Minsk to the Independence Palace in a protected motorcade and took an oath there in the presence of people, many of whom, as it later turned out, did not even know they were invited to this kind of ceremony.

Why did he keep it secret? The first answer is quite obvious – he was afraid that the official announcement of the inauguration would cause mass protests in Minsk and he wanted to avoid them. On the other hand, the lack of a live television broadcast, the mystery surrounding the event, proves that Lukashenko does not feel comfortable in Minsk, and his every move in the city is considered a threat to safety. We are able to examine the mental health of the regime if it considers safety a priority.

In your opinion – is it not a paradox? Lukashenko claims that he is elected by Belarusian citizens and that he has a strong support of the Belarusian society, but he was afraid to take the oath in the traditional way?

I refrain from judging the mental health of politicians, but I would like to remind one more fact – Lukashenko fell into the trap of his own declarations, in which he marginalized the significance of the protests. The demonstrations are continuing and public anger is high. At one point, Lukashenko began to treat Belarus as a “besieged fortress.” He acknowledged that the outside world wanted to destabilize the situation in Belarus, hence this violent anti-Western rhetoric, which lasts for many weeks, a demonstrative call for help from Russia to defend the regime against Western actions. The Minister of Defense of Belarus stated that Western countries started a hybrid war against Belarus. He added that the West initiated a struggle to gain dominance in the information space. Using the argument of the external threat, the regime continues its repression of society, with different degrees of brutality, consistently increasing its scale.

In your view, what will be the reaction of European countries – we already know that most of the countries did not recognize the election results and swearing-in – will sanctions be imposed on Belarus?

Most countries do not recognize Lukashenko’s presidency, considering that the conduct of the election did not guarantee their integrity. Regarding the sanctions – there are two possibilities. Some countries, for instance Lithuania, decided to introduce personal bilateral sanctions and take action to limit political relations with Belarus. The European Union opted for personal sanctions, targeting people who were involved in suppressing social protests and organizing flawed election. It is worth noting that the Belarusian authorities have embarked on a path of self-isolation in their relations with the EU. This is evidenced by the regime’s unilateral decision forcing the reduction of the staff of Polish and Lithuanian diplomatic missions. This step caused a solidarity response – numerous ambassadors representing EU countries in Belarus were recalled for consultations to their home countries.

As far as broader sanctions are concerned – this is a complex matter because we are always faced with a choice – do economic sanctions only affect the regime or society? We want the Belarusians to be able to keep in contact with the outside world, so that despite the restrictions introduced by the regime, the Belarusians will have a chance to freely contact with the societies of the EU countries that are friendly towards them. We have to be cautious about maintaining and shaping economic relations. Any potential sanctions should be severe for the regime’s institutions and not the society.

The Warsaw Institute Review is an English-language quarterly magazine published in Poland since 2017. It presents a variety of themes concerning Poland and Europe while its main goal is to emphasize the role of the Republic of Poland as a geopolitical leader in Central Europe and a country that consistently pursues pro-Western, pro-Atlantic and pro-European policies. The authors of the articles published in The Warsaw Institute Review are analysts and experts as well as individuals who have an active and practical impact on political, economic and cultural life in Poland.

« What is next for Nord Stream 2?
The Illusion of “Frozen Conflicts” in the Post-Soviet Area »