The Illusion of “Frozen Conflicts” in the Post-Soviet Area

The post-Soviet area, although it avoided the Balkan scenario and was not the scene of great ethnic conflicts, did not avoid the outbreak of local nationalist struggles. Their characteristic feature is the low frequency of military action, which is why they are called “frozen conflicts.” A common element for these conflicts is the involvement of Russia as a mediator, e.g. in the case of the Nagorno-Karabakh conflict, or a party that grants independence to separatists from their respective states: Abkhazia, South Ossetia, Transnistria or Lugansk and Donetsk People’s Republic (LPR and DPR). Conflict zones, although they do not pose a threat to interstate military action, are nevertheless a source of political instability and criminal phenomena such as smuggling of goods, drugs and weapons. 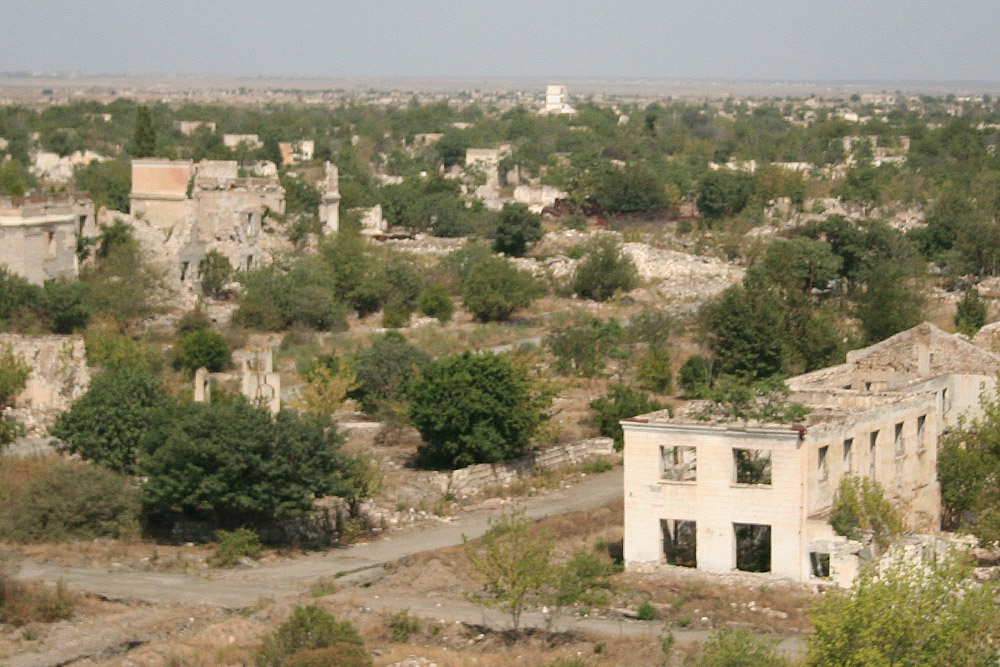 Recent events in Nagorno-Karabakh, a separatist region in Azerbaijan inhabited and administered by Armenians, reminded international public opinion that this type of conflict exists. Tensions between Armenians and Azerbaijanis in Nagorno-Karabakh began even before the collapse of the Soviet Union in the 1980s whilst the conflict had different stages of intensity and escalated at certain times. Military actions between Azerbaijan and Armenia in Nagorno-Karabakh are called a low-frequency conflict. An important element of this dispute is the suspension of any diplomatic and economic relations between Armenia and Azerbaijan. Regulations concerning the ceasefire during armed incidents between these two countries are concluded through negotiations conducted by the “Minsk Group.” The talks, which took place on October 9, 2020, were held under the auspices of the “Minsk Group” by the Minister of Foreign Affairs of Russia Sergey Lavrov along with the Ministers of Foreign Affairs of Armenia and Azerbaijan – Zohrab Mnatsakanyan and Jeyhun Bayramov.

While supporting Armenia militarily, Russia remains in good diplomatic relations with Azerbaijan, hence Moscow’s position as the negotiator in this conflict is undeniable. However, periodic tensions between the parties remain beyond the control of the Kremlin, which fears an escalation of the conflict as it may involve other regional powers such as Turkey and Iran. It is vital for Russia to maintain full control of this conflict because it concerns countries that remain in the Russian sphere of influence, commonly called the “close abroad.” As long as Moscow has the appropriate tools to keep this conflict under control, it remains “frozen” from a geopolitical perspective and does not pose a greater threat to Transcaucasia (South Caucasus) as part of a larger geopolitical space described by Zbigniew Brzeziński as the “grand chessboard.”

One of the least intense disputes is the one between Moldova and Transnistria. In contrast to the Nagorno-Karabakh conflict, the communication routes between Transnistria and the rest of Moldova are open. There were few incidents between the two sides, mainly between the police forces. Last week, for example, a police officer was kidnapped from the territory controlled by the authorities in Kishinev. The suspicions in this case are directed towards the Transnistrian special services, which, being a de jure part of Moldova, have an administration independent of the central authorities. Kishinev does not have any means of controlling the situation in Transnistria. A 5+2 format was created to conduct negotiations between the two parties and includes: Russia, Ukraine, the OSCE, the United States, the European Union, Moldova and Transnistria. In the case of this conflict, solutions were developed, e.g. the federalization of Moldova (the Kozak Plan), however, they were rejected at some stage of the negotiations.

Russia, while supporting the Transnistrian administration, does not recognize the independence of this “quasi-state” by striving for a satisfactory compromise with Moldova. The existing status quo in the case of Transnistria is aimed at keeping Moldova within the sphere of Russian influence.

The situation is different with regard to the conflicts among Abkhazia, South Ossetia and Georgia. Each of the first two provinces constitutes an independent entity with the support of Russia – Moscow recognizes their independence. Due to their location and a common border with Russia, Abkhazia and South Ossetia had no problem to integrate with the Russian market and de facto separate from Georgia. Assuming that Georgia will treat these territories as occupied, it can be assumed that this will generate problems for Tbilisi, because both provinces are under the protection of Russia. It introduces its legal and administrative order there, thus expanding its sphere of influence. Georgia, on the other hand, might not be able to join NATO or the European Union in the future because these organizations will not allow a country that does not have full control over its whole territory to become its member.

In the case of two separatist republics in eastern Ukraine, the situation is similar to that of Transnistria. Russia will not recognize the independence of the DPR and LPR, nor it will try to integrate these territories because Moscow’s strategic goal is to maintain control over Ukraine.

To sum up, local conflicts in the post-Soviet area are a source of political instability in Eastern Europe and Transcaucasia, their impact in case of intensified military action may be regional in scope. Moreover, the Nagorno-Karabakh dispute involves Turkey and Iran as regional powers. The conflict in the east of Ukraine and in Georgia involves Russia directly. The conflict between Moldova and Transnistria may also involve Ukraine, which is bordering with Transnistria, in addition to Romania, which is supporting Moldova politically.

« The protests in Belarus are driven by public anger, not a political vision – an interview by The Warsaw Institute Review
The Dynamics of International Relations in the Middle East »