Technology and democracy: A new challenge for European security?

Technology permeates every aspect of our daily lives. However, its increased presence has posed a significant challenge to our liberties. Western democracies need to re-adapt in order to concretely regulate tech and prevent potential new forms of interferences for its institutions. Especially in Europe have democratic states felt the need to develop new normative approaches and regulations to provide a framework regulating Big Tech companies and preventing them from abusing their power. 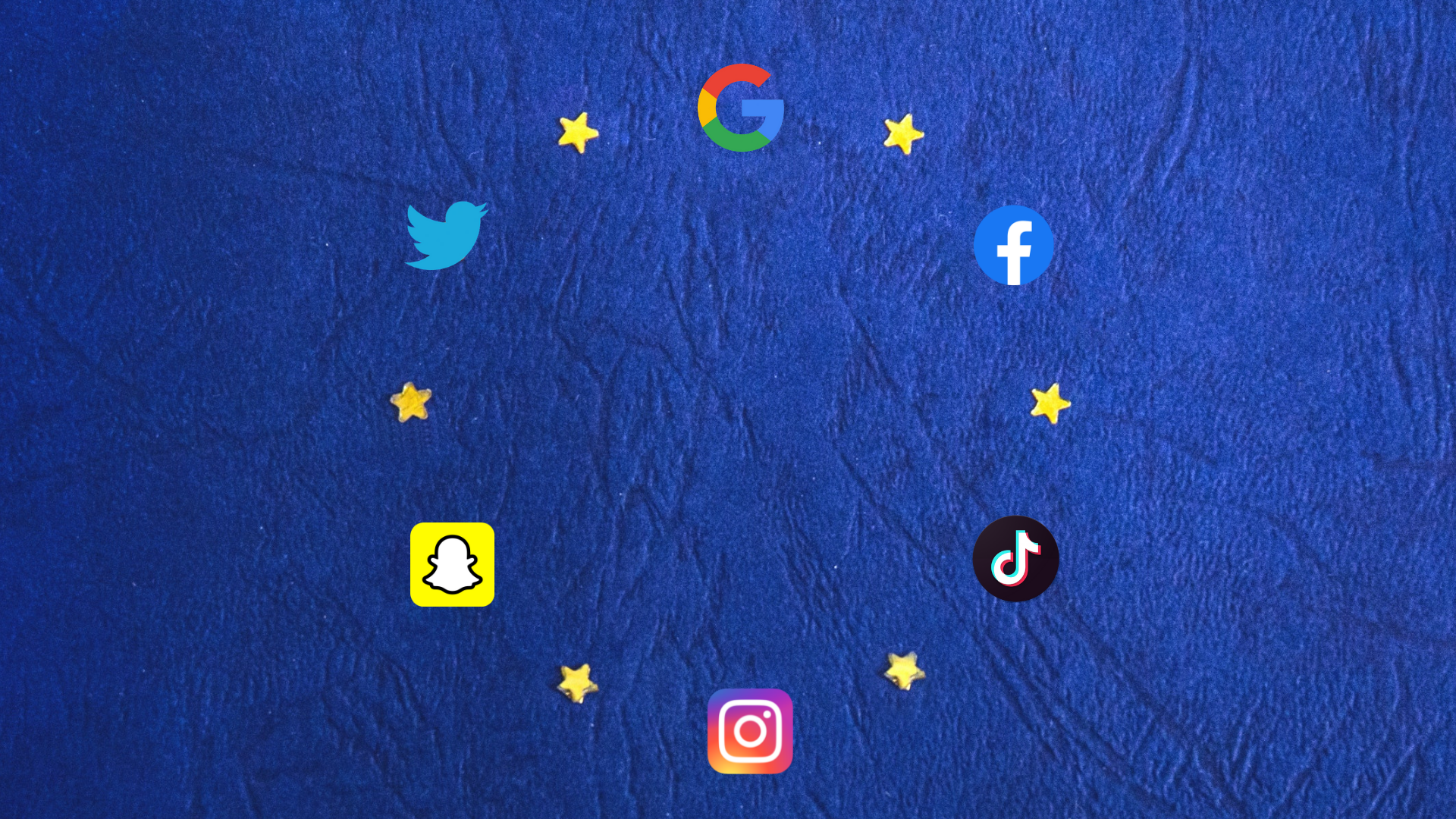 Is technology a friend or a foe for the European Union? The question arises in many international meetings and summits as a consequence of the technological progress and the consequential emergence of new possible threats to democracy and citizens. China, as well as other authoritarian regimes, provides a significant example of how technology has been instrumentalized by the regime to implement surveillance over their population and over private data[1]. An interesting recent example of this attitude is reflected in the use of tracking apps, mass surveillance tools, drones and CCTV cameras during the COVID-19 pandemic to monitor people and the spread of the pandemic[2]. During the first wave of the pandemic, the Chinese government installed CCTV cameras to monitor people’s 14-days quarantine, required people to share their personal data (such as ID number, residential address, place of work, etc.) in order to get a QR code attesting their health status, and used drones to tell people to wear face masks. This high level of state surveillance has further compromised the already fragile issue of human rights in China, with advocates like Wang Quazhang raising concerns over the possibility of the normalization of such surveillance practices even after the pandemic[3]. The Western hemisphere and the EU cannot allow this to happen and must therefore regulate the use of technology and the policies of Big Tech companies collecting and using private citizens’ data in their territories in order to preserve the liberties of their citizens.

It goes without saying that technology has greatly changed the way we live: Big Tech companies are present in most aspects of our day-to-day lives. Because of this, however, they have had ambiguous implications for democratic principles and human security. Continuous data collection and data sharing, app’s tracking, use of online cookies, the use of CCTV cameras and other surveillance tools are posing a significant challenge to people whose physical and online activities are being constantly monitored by both governments and tech firms. In the United Kingdom, for instance, surveillance powers have gained presence during the pandemic through the installation of a large number of CCTV cameras and stricter control of the information shared online[4]. The increased state surveillance and governments recurring to Big Tech Firm developing tracking strategies and apps during the pandemic has pushed the debate for a re-design of how technologies and their use should be regulated in a way that does not compromise individuals’ basic freedoms. In this sense, it is very important that governments and institutions act in very mindful ways considering the new challenges and threats posed by technology and its misuse at the individual- and society-level. One of the main challenges in this regard is to make Big Tech firms comply with democratic values and standards in the respect of fundamental rights and the rule of law in the way in which they use, elaborate, and collect personal data, how they ensure freedom of expression and at the same time control their contents. This is particularly salient in the European context, as these are considered as fundamental pillars of the Union itself. From here, the governance question arises. How is the EU performing in regulating Big Tech company?

While the U.S. model of governance is mainly unbalanced on neoliberal economic deregulation with market laws that often prevail over the need to protect privacy, the EU is developing its own framework of regulation that prioritize its citizens’ rights over market laws[5]. In this sense, last December the EU based its approach on dialogue with companies and strict data policies with which Big Firms have to comply. Also in December the European Commission announced new regulations that are meant to “force tech companies to change their practices” and will come in the form of two laws: the Digital Services Act and the Digital Markets Act[6]. A significant aspect of these regulations is that they will be largely citizen-rights driven as they will be aiming to 1) put into place restrictions on the governance of Big Tech’s use of customer data; 2) keep users safe online by protecting their freedom of expression, and 3) hold tech companies accountable for their deeds[7]. The laws, however, still have to go under a long review process in order to pass and enter into force.

The step made by the EU towards a stricter regulation of Big Tech companies represents a big step that could have significant resonance at the global level. The EU could assume a leading role in the regulation of Big Tech companies and their activity, promoting an approach that prioritizes the rights of citizens but does not disregard those of the companies. This is of significant importance considering the values the EU embraces and promotes across and outside its region. Accountability, safety, and transparency are the values the EU has put at the core of these laws with the aim of, using Margrethe Vestager words, putting “some order in the chaos”[8]. The core function of the Acts will be that of mitigating the risks of illegal content spreading and of manipulation of content through a risk assessment approach carried out by the companies themselves. In addition, the Act establishes the right for European regulators “to demand information from tech companies about how both their moderation teams and their algorithms work at scale” and, through the threat of fines, companies will be forced to follow these new institutional practices[9]. As previously mentioned, these laws still have to go through a careful and multi-step review process, however, if they are approved and enter into force, they could revolutionize the way in which Big Tech firms operate within a democratic system, and the impact of these Acts could have a significant echo beyond the European Union.

The approval of the Acts would represent a major step undertaken at the European level towards the regulation of the use of technology and Big Tech firms’ operations. The approval of the Digital Services Act and the Digital Markets Act will allow the EU to gain a leading position in this field. In particular, the hope is that other democracies, such as the US and the UK, that are currently developing policies whose main concern is to regulate digital markets[10], will follow the EU path and develop regulations aimed at protecting their citizens and their rights in the same manner. As a consequence, the creation of comprehensive regulations that cover a large spectrum of aspects could conduct the whole Western hemisphere towards the creation of harmonized policies in a way that reduces the risks associated with both surveillance technologies and Big Tech firms’ operations within their territories. However, this will hardly happen in realities like China where the government makes a large use of Big Tech Firm and surveillance tools to exercise control over the population with almost inexistent regard for human rights.

Ludovica graduated MA International Relations from the University of  Groningen, the Netherlands, where she specialised in International Security. She is a research and analysis assistant at the Hellenic Foundation for European and Foreign Policy. Ludovica gained professional experience at the George C. Marshall European Center for Security Studies, United Nations International Crime and Justice Research Institute, and International Relations Institute in Prague. Her research focuses on EU Security and Defence policies, hybrid warfare and modern security threats, EU-NATO relations, and EU external relations. Ludovica is currently a Policy Analysis Intern at Warsaw Institute.

[1] Prague European Summit 2020, How Can Democracy Re-invent itself in the Digital Age?, Final Report.

[3] Amnesty International, How China use technology to combat COVID-19 and tighten its grip on citizens, April 2020

[6] Billy Perrigo, How the E.U’s Sweeping New Regulations Against Big Tech Could Have an Impact Beyond Europe, The Time

[9] Billy Perrigo, How the E.U’s Sweeping New Regulations Against Big Tech Could Have an Impact Beyond Europe, The Time