It seems that the United States will be unable to hinder the Nord Stream 2 gas pipeline project. Highly dangerous for Central Europe and Ukraine, the pipeline is just one of some bargaining chips used in the geopolitical game between the United States on the one hand while Russia and Germany on the other. Nonetheless, Washington may take other steps, also business ones, that will to a great extent diminish negative consequences for U.S. allies in Europe once the pipeline becomes operational. 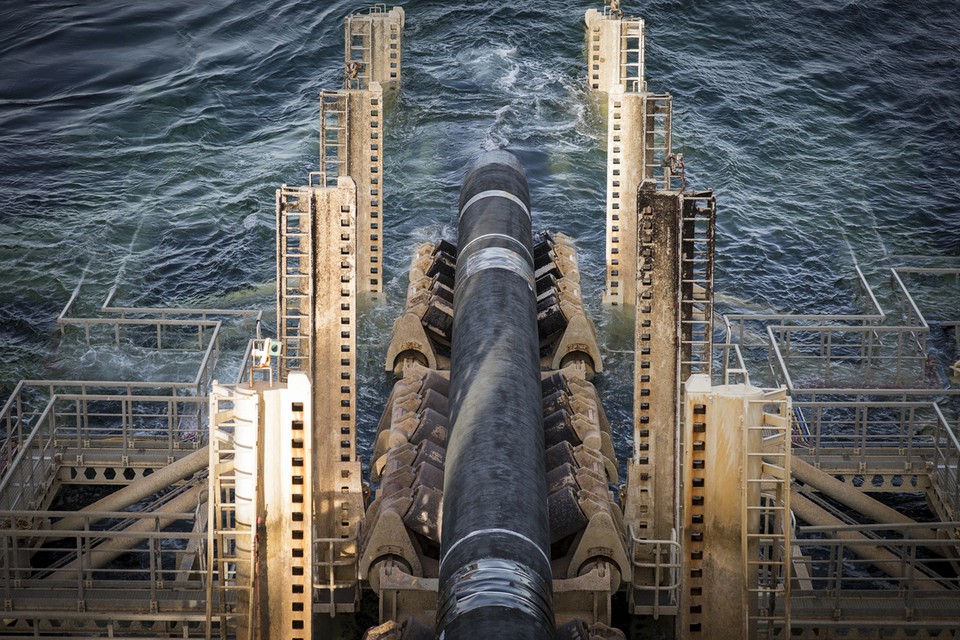 Nord Stream 2 is primarily a political project that goes against EU principles and poses a threat to European solidarity. The pipeline will considerably increase Russia’s capability to bring to bear pressure on Europe, allowing Moscow to further undermine Ukraine’s sovereignty and stability, lower the position of the Baltic States, Belarus, Poland and Slovakia, strengthen Moscow’s malign influence in the European Union and facilitate corrupt practices in Western elites. Owing to Germany’s lobbying, the venture can no longer be brought to a halt with the use of tools applied either by the European Commission or the individual Member States. However, the venture’s profitability may be at last changed after a fierce legal battle in Brussels. For years it has been clear that the United States remains the sole global actor that is both able and determined to torpedo the project.

Washington has opposed the construction of Nord Stream 2 since such an idea was announced. First, it sees Nord Stream 2 as a threat to Europe’s energy security while new gas links with Russia are deemed an obstacle to the diversification of gas supply sources as well as to stability and security in Central and Eastern Europe. Secondly, it is about business affairs, which specifically concern the implementation of one of many objectives of Trump’s energy policy aimed at boosting exports of U.S. liquefied natural gas, also to the European market. Last but not least, Nord Stream constitutes one of many fields of the ever-increasing U.S.-Russian rivalry, referred by some to as a new cold war. In August 2017, the Congress authorized the President to introduce sanctions, also against companies and individuals closely linked to the construction of the Nord Stream 2 pipeline, a decision that came as a response to Russia’s meddling in the U.S. presidential election. Restrictions can be imposed as part of the Countering America’s Adversaries Through Sanctions Act (CAATSA). Despite previous threats from President Donald Trump or U.S. Departments of State and Energy, the presidential administration so far has not implemented any punitive means against Nord Stream 2. In his speech at the Munich Security Conference, Vice-President Mike Pence reiterated Washington’s opposition to the project. “We cannot strengthen the west by becoming dependent on the east,” he said. German Chancellor Angela Merkel spoke out in the defense of economic cooperation with Russia, saying that both the United States and a part of Europe adopted a different approach towards Moscow. Any hopes that the United States will strongly oppose to the Nord Stream 2 project should have been abandoned after keynote remarks delivered by Democrat Senator Bob Menendez. He told a media briefing in Brussels on February 18 that his new sanctions bill introduced jointly with Republican Senator Lindsey Graham will not affect the Nord Stream 2 project. Menendez hinted that the Europeans should first and foremost take care of their energy security whereas the United States may at last provide the Old Continent with further gas shipments, therefore contributing to the diversification of energy supplies in Europe.

For the time being, the only method to obstruct the project at the current stage is to impose U.S. sanctions on Swiss-based Allseas Group and Italy’s Saipem, or companies in charge of constructing the pipeline, and not on Gazprom’s key partners that co-finance the venture.  It should, however, be taken into account that Washington has no intention to make radical steps whereas all measures should be adopted to slow the project implementation while at the same time limiting Gazprom’s profitability and increasing European surveillance over the Russian gas giant. Poland should push for the United States to obtain the greatest possible guarantees of energy, political and military security. Speaking of the energy industry, such measures have already been adopted, as exemplified by a swelling number of deals sealed by Poland and U.S. LNG suppliers. The U.S. administration recently issued a permit to construct the Calcasieu Pass LNG export facility in Louisiana from where U.S.-sourced liquefied natural gas may be exported to Europe. Scheduled to become operational in 2022, the facility is to be built by Venture Global LNG; last year, the company signed a 20-year deal with state-run gas firm PGNiG to sell liquefied natural gas to Poland. Interestingly, the Calcasieu Pass LNG export terminal is estimated to enter service when the Yamal contract that compels Poland to buy costly Russian gas is set to expire. The U.S. expansion to the Polish market proves mutually beneficial while generating losses to Russia whose Nord Stream 2 will in the long run suffer from Washington’s plan to expand LNG exports to Europe. In 2018, the United States sent 15 million tonnes of liquefied natural gas to Europe, and it hopes to double these volumes by 2023. The more U.S.-sourced gas is exported to Europe, the less profitable Nord Stream 2 will ultimately become, advancing Russia’s losses and diminishing a possibility to exert pressure on the Old Continent by using gas as a blackmail tool.

This lies in Washington’s geopolitical interest because the more Europe is reliant on Russian gas, the more political leverage Moscow has on the continent. Nord Stream 2 presents a threat to trans-Atlantic security, making Europe’s eastern flank more susceptible to Russia’s malign activities. Fighting against the Kremlin’s gas influence in Poland and Ukraine is by no means less significant that the U.S. military aid to Washington’s European allies. The U.S.-sourced LNG supplies seem to go well with the American military presence in Poland as we live in times when wars are sometimes won without a single shot while economic warfare tends to prevail.

Grzegorz Kuczyński graduated in history at the University of Bialystok and specialized Eastern studies at the University of Warsaw. He is an expert on eastern affairs. He worked as a journalist and analyst for many years. He is the author of many books and publications on the inside scoop of Russian politics.

« U.S. Permanent Military Base in Poland
Baltic Pipe Will Free Poland From Gazprom »