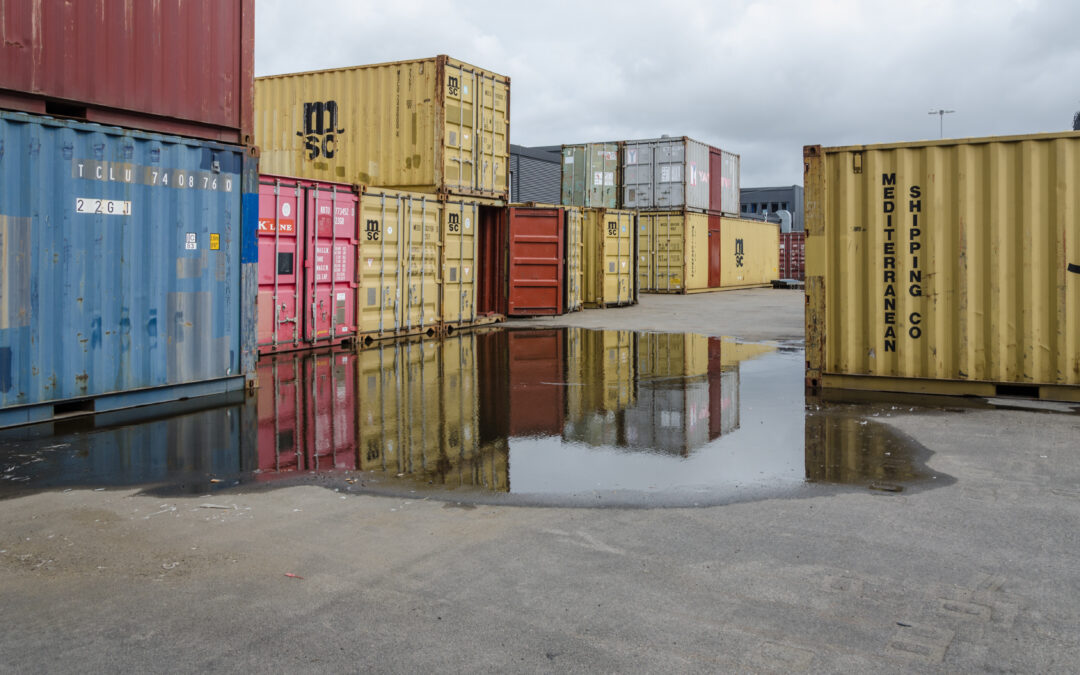 Global economies have been suffering from a number of coronavirus-related complications lately, and it doesn’t look like it’s going to end anytime soon. These complications are reverberating across many economic levels, making it extremely difficult for global markets to return to pre-lockdown levels. There are unprecedented problems in individual sectors and it is not entirely clear how to tackle them.

The pandemic led to turmoil on many fronts. One of them was the disruption of supply chains. In 2020, the global economy went dormant for a time, with production and trade declining or even freezing in many industries. The lockdown caused factories to close, which blocked much of the supply in global transportation.

When the strictest restrictions were lifted, economies rebounded and businesses reopened. Countries began to push for economic recovery to avoid stagnation and avert a crisis. This caused a surge in demand for imported goods.

As a result, ports around the world are overloaded, and delays in the past two months have reached unprecedented levels, breaking new records. Stacks of unclaimed containers are piling up at US, Asian and European terminals, and dozens of ships are anchored in bays, waiting to deposit goods.
Putting aside the pandemic in general, there are many other reasons for such a state of affairs. These include, among others, the aforementioned shifts in demand for consumer goods caused by the COVID-19, and the consequent disruptions in transport and container ship routes. These are primarily caused by the temporary closure of major ports during the pandemic. Ships were unable to be serviced for a period of time, only to then catch up with the backlog accumulated during that period. In August, for example, just one case of coronavirus paralyzed the terminal at China’s main port of Ningbo near Shanghai for two weeks. As a result, huge queues of vessels waiting to be loaded soon ensued, crippling the port’s operations. There were many more such instances. When delayed ships arrived at unloading ports over time, they queued outside the schedule, causing a domino effect and further delays. Additionally, with the pandemic came restrictions in the form of social distancing and mandatory quarantine of workers, which only exacerbated the problem. At the same time, maritime transport is also facing more “typical” complications, such as storms or the famous blockage of the Suez Canal by Evergreen’s container ship, effectively interfering with the already disrupted delivery schedule at ports. Another problem is the shortage of port workers and, perhaps most importantly, truck drivers. It turns out that once ships have deposited their goods, there is no one to pick them up. These shortages have caused huge hindrances to port operations in the US and the UK, among others. As a result, the capacity of the world’s ports is far from sufficient and the queues are growing.

This has a direct impact on the increasing delays in the delivery of goods, resulting in product shortages, which has been reported recently for example in the context of the UK. Transport costs have also increased significantly. For example, the average global shipping price for a 40-foot container is now close to $10,000, which is three times higher than it was at the beginning of 2021 and almost ten times higher than it was in the pre-pandemic period. The large-scale consequence is a significant reduction in the profitability of some businesses, progressive inflation, and shortages of goods in many global economies.

A real impact that will be felt by the public in the near future will be unfulfilled orders for the upcoming Christmas season. Experts predict that this crisis will not only fail to end in the near future, but will continue to worsen. The problem is so serious that the US President Joe Biden himself has been pushing rail and trucking companies and ports to increase their capacity, including calling on the Port of Los Angeles to work around the clock.
Another key segment of the economy was also affected by the turmoil in global demand. The large-scale shift of many workers to telecommuting, caused by the pandemic, resulted in increased demand for necessary equipment such as laptops and webcams. In contrast, other industries, especially the automotive sector, saw a significant drop in demand. As a result, a considerable portion of computer chip orders was redirected to the electronics industry. When demand for cars increased substantially after the pandemic, chips became scarce. Consequently, production had to be curtailed or halted, resulting in some plant closures and delayed deliveries, reducing the supply of new cars by more than 7 million. The reduced supply and increased demand lead directly to unprecedented price increases in this sector of the economy.

The aforementioned problems in the automotive industry caused by the semiconductor crisis, which is forcing virtually all automakers to curtail production or temporarily close assembly lines, could be enough to trigger a recession in some countries. In Japan, the home of Toyota and Nissan, parts shortages caused exports to drop by 46 percent in September compared to the previous year, which is sure to take a toll on the capabilities of the Japanese economy. With the crisis affecting the US automotive industry, the Biden administration forced Congress to pass a bill called CHIPS for America, which would encourage increased semiconductor manufacturing and research in the United States with $52 billion in funding.
Nevertheless, problems also affect other industries and sectors of the economy. The described issues, together with the energy crisis, which will be aggravated by the approaching winter, have and will have a huge impact on the coming years, both in the economic and political context. This leads to changes in the balance of power and the rise or fall of states on the international stage. Like the COVID-19 itself, the aforementioned multifaceted turmoil in global economies may also remain with us in the near future. Those countries that smoothly find their way in the new reality and are best able to cope with rising inflation and the coming recession will be the ones to play the leading role on the international political stage in the future.

Author: Jakub Łyjak
Jakub Łyjak graduated from law at the University of Adam Mickiewicz University in Poznań and economics at the Poznań University of Economics. He also studied Business Administration (Betriebswirtschaftslehre) at the Westfälische Wilhelms-Universität in Münster. He gained professional experience in the field of law and non-governmental organizations, including Polish Entrepreneurship and Leadership Association and Center for American Studies.