Poland Establishes Strategic Relations Between the EU and the Western Balkans

In July 2019, the summit of the Berlin Process will take place in Poland. It is an initiative supporting the countries of the Western Balkans in expanding regional cooperation and bringing them closer to the EU structures. Poland has taken over the presidency of the Berlin Process, which makes it even more credible as an advocate of the Community enlargement policy. 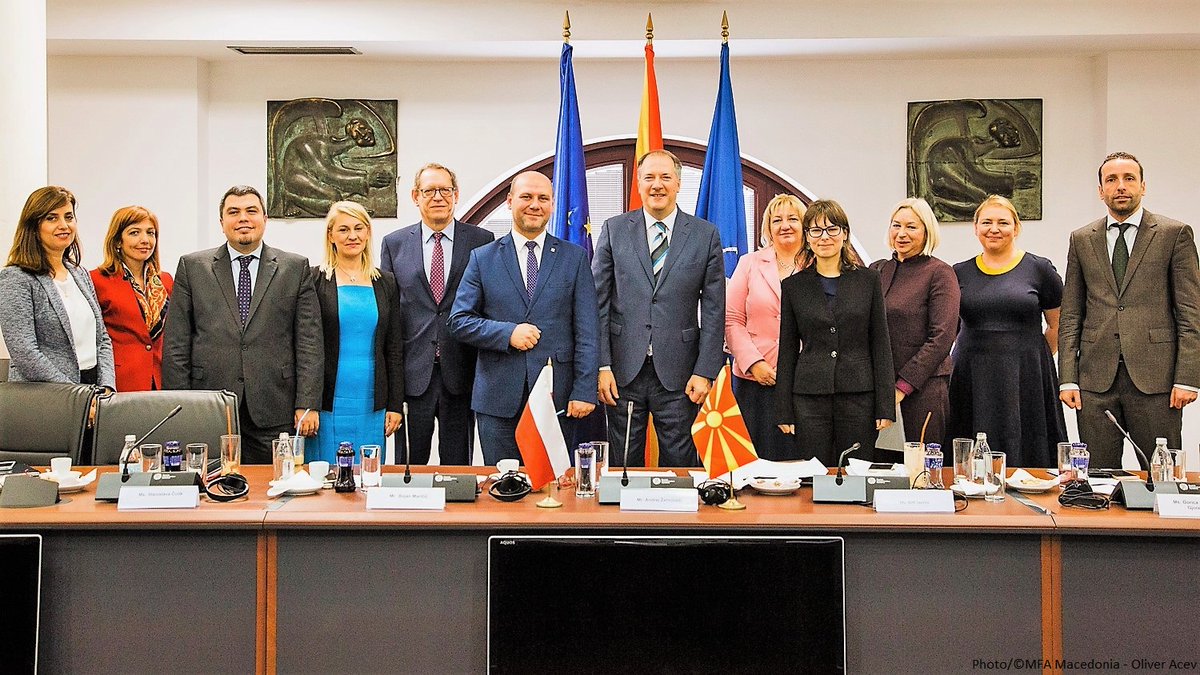 The Western Balkan region embraces a group of south-eastern European countries, among which are Albania, Bosnia and Herzegovina, Montenegro, Kosovo, North Macedonia, and Serbia. Although being an inherent part of Europe, they had long grappled with a number of domestic disputes. Despite their geographical closeness, each of them is marked by unique social, ethnic, linguistic, cultural or religious features and seems to have adopted a distinct approach to the integration within the EU structures. Some of the states, like Serbia and Montenegro, have already opened accession chapters in their negotiations with Brussels while others, including North Macedonia and Albania, hold a candidate status. The remaining Western Balkan states are attempting to become an official EU candidate country (Bosnia and Herzegovina) or, like Kosovo, to make their statehood be recognized worldwide as part of efforts to join international organizations.

In the context of the EU enlargement policy and more countries that strive to join the Community, it is, however, vital to adopt a broader perspective on the matter, with particular regard to geopolitical issues. As illustrated by previous EU enlargements, this is of key relevance for the global position assumed by the EU Member States and the Community’s impact in the international arena. Given recent political crises, accession of new Member States to the European Union will boost the latter’s potential, exerting a salient influence on relations with global superpowers such as the United States and China.

In July 2019, Poland will host the Western Balkans Summit convened under the Berlin Process, an initiative involves also a few EU countries, including Austria, Bulgaria, Croatia, France, Greece, Germany, Poland, Slovenia, the United Kingdom, Italy, and the EU institutions. It aims to encourage the countries of the Western Balkans in their endeavors for entering EU structures. The Berlin Process emerged as a kind of a platform for bringing Balkan countries closer to the European Union, serving also as a tool for exchanging experience between Balkan EU aspirants and countries that followed a comparable path in the past. Inaugurated in 2014 by German Chancellor Angela Merkel, the Process sought to give the momentum to the EU enlargement policy. The initiative is, however, informal and plays the role of a forum where discussions at the intergovernmental level may be held and whose goal is to complement the EU enlargement policy.

Poland’s chairmanship in the Berlin Process is coordinated by Deputy Foreign Minister Szymon Szynkowski vel Sęk, who is also in charge of preparing and organizing the July summit in Poznań. At the meeting, emphasis will be placed on issues such as respect for diversity and state sovereignty. Poland backs further EU enlargements that are to comprise Western Balkan countries, seeing the region through the prism of its cultural sources being deeply rooted in Europe.

Yet Poland’s support for the EU accession of six Balkan states can by no means be referred to as unconditional as Warsaw has underlined the need to put into practice fundamental reforms in these countries as well as to observe law, diminish corrupt practice in the public service, fight against organized crime and increase respect for minority and human rights.

The strategic importance of the Polish chairmanship

Poland’s presidency in the Berlin Process is of a particular nature as the country underwent a successful political transformation in 1989 and was classified among countries of the so-called “new EU”, a term that was coined following the largest single expansion of the European Union in 2004. Poland has a similar experience in implementing reforms, thanks to which it is perfectly aware of all difficulties that are linked to plausible accession.

Warsaw’s presidency in the Berlin Process makes Poland a much more champion of enlargement policy, which is mainly due to some earlier initiatives held under its patronage, including the Eastern Partnership. Moreover, the July summit will come at the key time for Europe, not long after electing Members of the European Parliament and launching negotiations on the composition of the new European Commission. This will also concur with Britain’s divorce with the European Union, an event that grows in the EU’s geopolitical importance and its efforts to establish new ties with third countries. The Western Balkans is currently at different stages in their relationship, with forthcoming months being decisive for EU accession talks with Albania and North Macedonia. Devoted to further extending of the European Union, the July summit will, therefore, coincide with major political events in Europe, which will undoubtedly influence the Community’s standpoint on its feasible enlargement processes.

What will be concluded in Poznań may be of strategic importance while tackling the question of which direction structural reforms in the Western Balkans should adopt and what attitude on EU enlargement Western European countries seem to represent, thus demonstrating the Community’s current condition.

The Western Balkans Summit is aimed at fulfilling a policy based on a partnership between the countries. Polish diplomacy is cementing ties between the European Union and the Balkan countries, an example of which are bilateral meetings held by Polish and Balkan officials. The program of Poland’s presidency in the Berlin Process was formed on the basis of long-time experiences, preceded by a genuine commitment in establishing ties in the Balkans as well as opinions and suggestions of the region. It has been built on four pillars, including economy, connectivity, civic dimension, and security.

When speaking of the relationship between the European Union and the Western Balkans, attention is attracted to the purpose of shipping routes and energy connections between the countries of the region as well as to the development of digitization and social issues. It also conveys an idea of increasing security and Europe’s common approach to challenges related to both migration and respect for national minorities. Geopolitically, the European Union encourages its Balkan partners to invigorate their attempts to fight terrorism and to carefully reduce extremist attitudes able to spark international conflicts. Brussels also draw Balkans’ attention to aspects such as cyberthreats and the need to diminish arms trade and drug trafficking. The Berlin Process initiative fosters further development of the Western Balkan countries and opens up an opportunity to integrate with the EU structures, allowing them to be incorporated into an extensive system of international ties. The main idea of the Berlin Process, which is also to become the core theme of the July summit, will consist in showing good practices, sharing experience and strengthening regional cooperation. As for the last component, it will chiefly focus on implementing infrastructure projects, with particular attention to expanding seaports, rail track maintenance and providing support for long-term economic regulations.

Poland’s chairmanship in the Berlin Process corresponds to the EU goals. Warsaw will push for developing security in Europe, backing reforms and regional cooperation while it is already involved in sharing experience related to both earlier EU accession endeavors and political transformation. Furthermore, it promotes the EU enlargement policy, which paves the way for considering regional cooperation also at the high-level meetings.

A graduate of the Faculty of Political Science and International Studies at the University of Warsaw and Economics at the Warsaw School of Economics. A scholarship holder at Pázmány Péter Catholic University in Budapest. She gained professional experience in the energy and think tank sectors.

« Follow the Petro-roubles: European Officials Go Into Russian Business
NATO–Russia Relations: The Return of the Enemy »