On October 31, The Warsaw Institute Foundation had the honor of attending a meeting with The White House national security adviser John Bolton. The agenda of the event included crucial issues for United States national security. 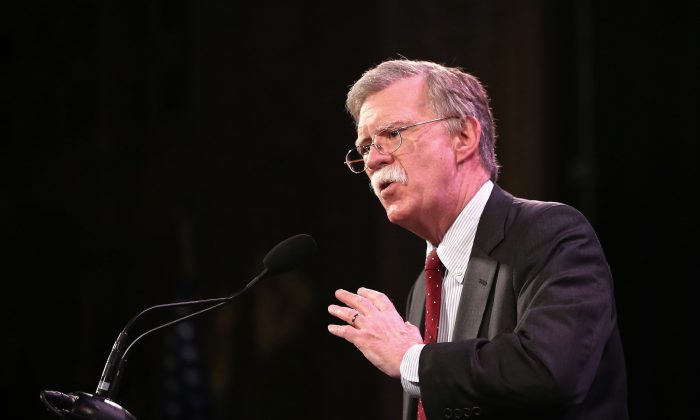 In the context of Iran, Mr. Bolton stressed President Trump’s desire for “maximum pressure” on the country’s regime to hamper its economy and deter nuclear proliferation. Further, he said that the president Donald Trump and Russian President Vladimir Putin would discuss the Intermediate-Range Nuclear Forces Treaty and Russia’s “behavior in the Middle East” at an upcoming meeting between the two leaders in Paris.

In addition, the cybersecurity case was raised as The United States Cyber Command would launch its first cyber operation in order to prevent Russia from interfering in upcoming elections. Mr. John Bolton strongly emphasized that this type of action is to force behavioral changes of the assailant and create an efficient deterrence mechanism in that domain.

“The objective here is not to have unrestricted cyberwarfare. The objective is to create structures of deterrence by making our adversaries understand that when they engage in offensive cyberactivity themselves, they will bear a disproportionate cost.”

There were also references to the vision of building peace through strength and ensuring of the close co-operation between United States and its allies.

The event took place thanks to efforts of Alexander Hamilton Society.