The United States has faced multiple problems in recent years. The pandemic has highlighted them and revealed how fragile the American economy is. 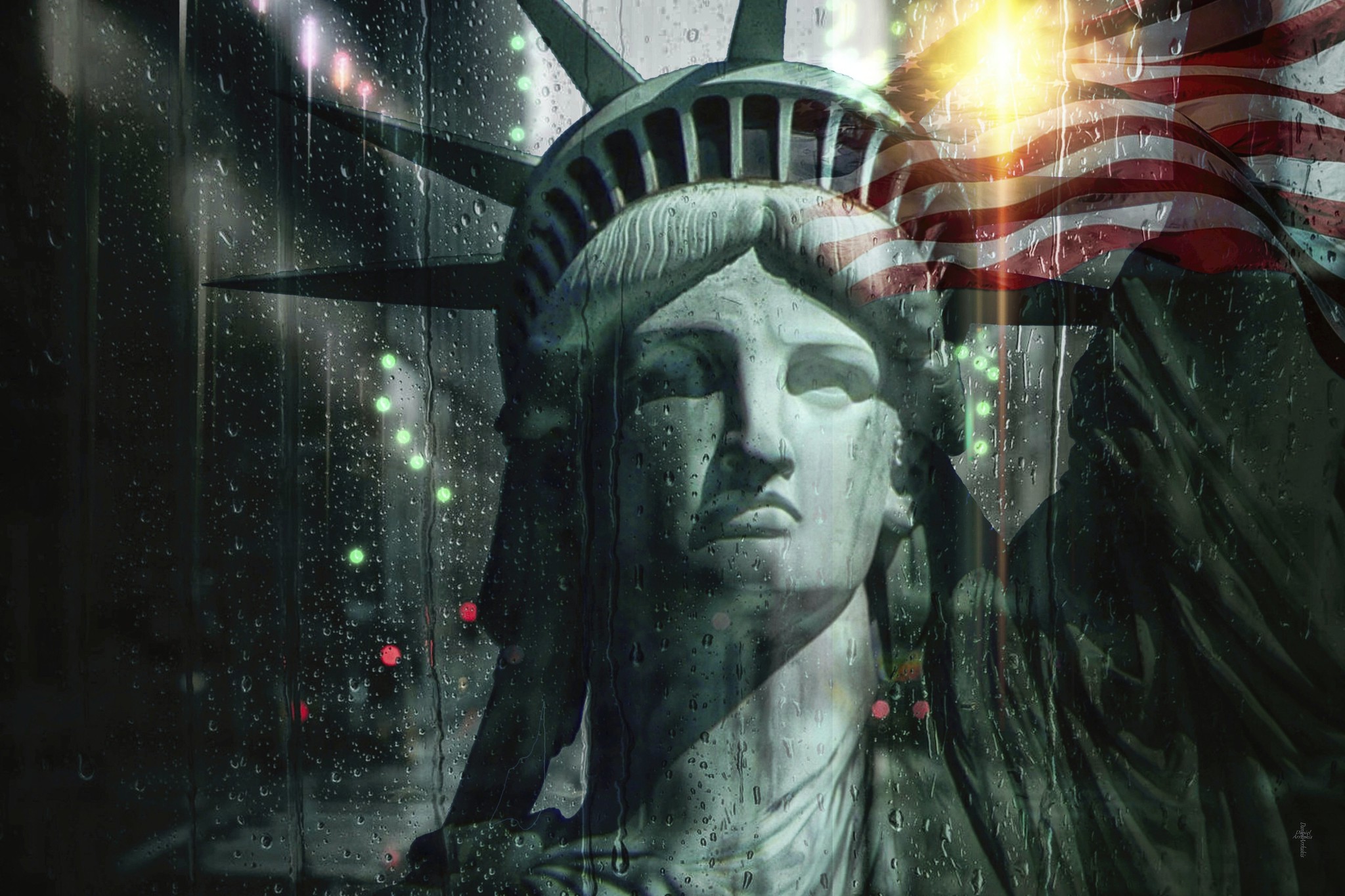 During the difficult winter wave of coronavirus (2020–2021), a change in the White House took place. Upon assuming the office, Joe Biden faced many challenges, however, he had enjoyed a relatively strong public support. According to a poll conducted by the Quinnipiac University early in Biden’s presidency, 53% of Americans approved of the new president, while 36% did not. Recent surveys carried out by the same institution show quite the contrary – the incumbent president’s job approval rating is down to just 36%. While some polls reveal slightly better ratings for the Democrat, all of them suggest a huge drop in support since July.

One of the reasons for this is certainly the very inept withdrawal from Afghanistan. The related events were a watershed that started a negative trend in popularity of the new president. Another issue which definitely has a negative effect on the public opinion is the return of the pandemic and restrictions connected to it, which were causing a lot of concern already throughout Trump’s term. During the electoral campaign, Biden made promises to better handle the coronavirus crisis. And while those words fell on fertile ground back then, they are causing him to lose support now. Additionally, a lot of resentment towards the governance of Joe Biden among some of the Democrats could be noticed. Undoubtedly, the lack of unity in the party does not provide a sense of stability and full backing of the supporters.

A lack of approval for the incumbent president is not the only trouble for the United States – its debt is on the rise. While this is a rather well-known fact, recent deficits have reached record highs. The federal budget deficit, which is the difference between government revenues raised through taxes, among others, and its expenditures, has reached $2.77 trillion, or 10.3% of gross domestic product (GDP), the second highest level since 1945. This is an improvement over 2020, when the deficit was $3.13 trillion. For comparison, prior to the pandemic, the largest US deficit to date ($1.4 trillion) was reached in 2009, when the global financial crisis was taking its toll. In both cases, the state made huge expenditures to keep the country out of recession. The budget gap is projected to widen significantly over the next two decades, reaching 13.3% by 2051. At the beginning of last month, the US Congress approved a short-term increase of the debt limit to $28.88 trillion, allowing the Biden administration to continue using extraordinary measures in order to avoid a first-ever insolvency.

However, in the long run, the rising debt could increase the risk of a fiscal crisis and higher inflation, as well as undermine confidence in the US dollar, making it more expensive to finance public and private activities in international markets. Additionally, the cost of servicing public debt will increase significantly in such case. Consequently, economic production or infrastructure development will slow down.

The unfavorable economic situation is also influenced by increasingly higher inflation rates. In recent months, US inflation growth has been higher than expected. Supply chain problems, changes in demand, increased government spending, the energy crisis, as well as other issues directly or indirectly related to the pandemic, are contributing to the high inflation. US consumer prices rose 0.9% month-over-month in October and as much as 6.2% year-over-year. This is the highest rate since December 1990. Such high inflation is mainly caused by higher prices of gasoline (+49.6%), used cars (+26.4%), and food (+11.9%). The increase in core inflation, the one that does not take into account food and energy prices and is used by the central bank when interest rates are set, was particularly surprising. This issue also undermines Biden’s credibility and support for him – during the election campaign he promised that any inflation would be short-lived, yet the reality turns out to be different.

Climate change, which has led to a significant increase in the frequency and magnitude of natural disasters in the US, has become a cause for concern in recent years. At the beginning of October 2021, the National Centers for Environmental Information (NCEI) of the National Oceanic and Atmospheric Administration (NOAA) stated that the United States has experienced weather disasters such as droughts, forest fires, floods, and tropical cyclones. Eighteen of them caused losses exceeding $1 billion each, a record high after three quarters of the year. The cost of property and infrastructure damage from these events in the first nine months of the year totaled more than $104 billion, already $4 billion more than in all of 2020. According to NOAA, the total costs for the past five years represent nearly one-third of all expenses incurred from this cause over the past 42 years. Certainly, the continued increase in the number and magnitude of natural disasters will negatively impact the health of the US economy and its budget.

Recently, the United States has also been facing a huge crime wave. According to new FBI statistics, the US has experienced the largest recorded annual increase in murders in history, with the national murder rate increasing by nearly 30% in 2020, the biggest jump in six decades. This is linked to, among others, the pandemic that has affected many different aspects of life in America, including social welfare, mental health, and the economy.

The United States gained political, economic, and military dominance on the international stage in the 20th century. However, the world is constantly changing and it is very difficult to maintain the leadership. In recent decades, the countries fighting for dominance in the international arena have been joined by China, which has become a serious competitor, especially in terms of economy. China’s wealth increased from $7 trillion in 2000 to $120 trillion in 2020. The wealth of the United States has more than doubled within the same period (to $90 trillion).

The position of the United States on the international arena seems to be weakening, and those in power are facing increasingly serious problems, not only the external, but also, and perhaps more importantly, internal ones. The question is whether it will be possible to reverse this negative trend and restore the position that the US built in the second half of the 20th century by making America “great again.” We will know the answer in the next few years.

Jakub Łyjak graduated from law at the University of Adam Mickiewicz University in Poznań and economics at the Poznań University of Economics. He also studied Business Administration (Betriebswirtschaftslehre) at the Westfälische Wilhelms-Universität in Münster. He gained professional experience in the field of law and non-governmental organizations, including Polish Entrepreneurship and Leadership Association and Center for American Studies.

« Turkey: An unruly NATO partner?
NATO’s Role in the Hybrid War on the EU Border »