Implications of China-Russia Cooperation at NBR

The event was devoted to the issue of invigorating cooperation between Russia and China and its further implications for United States interest. Definitively the vital point on the map of challenges that will be inevitably faced by American policymakers. 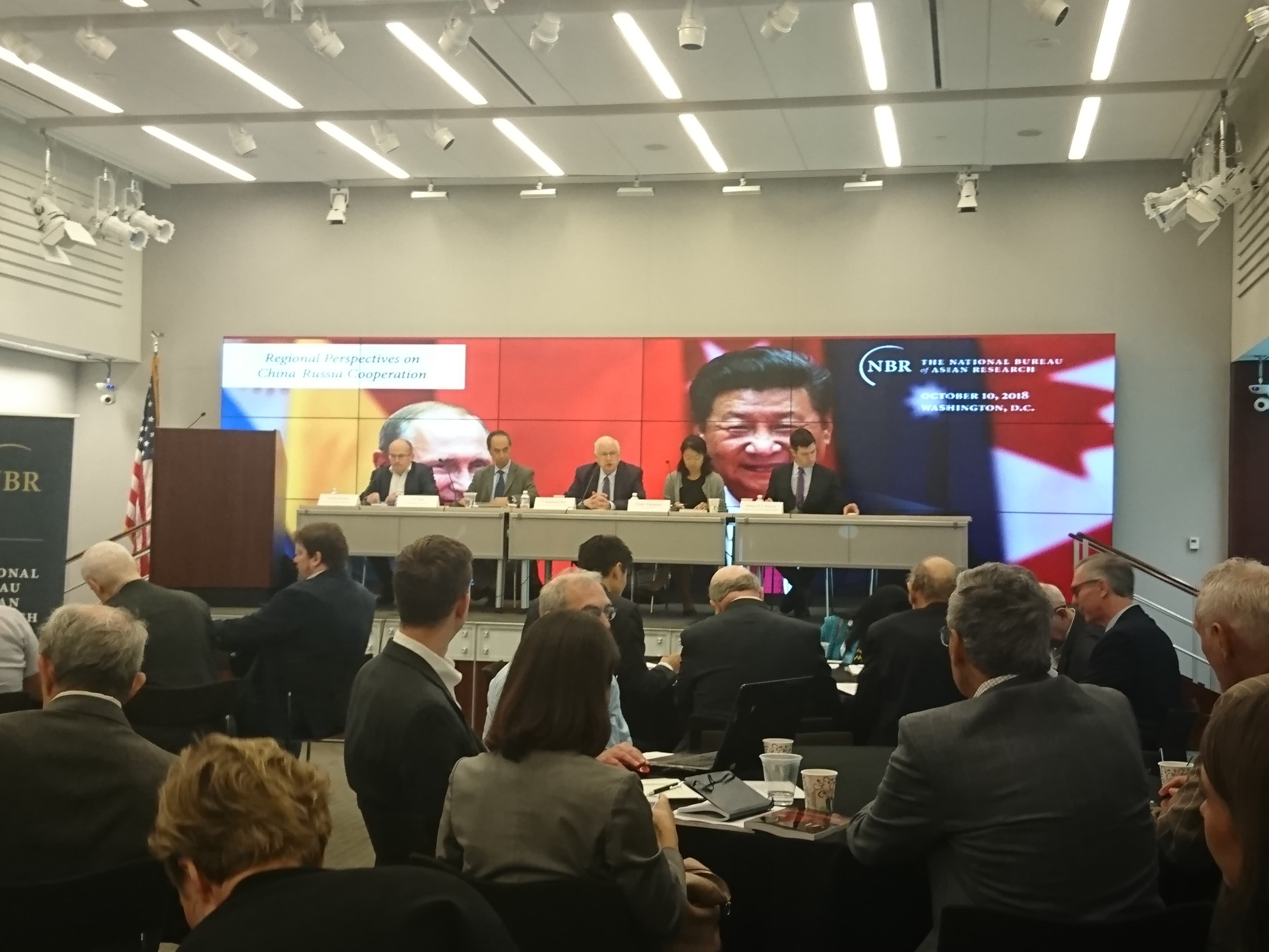 The main aspects deliberated in the discussion has raised issues of strategic context of China-Russia relations, its drivers and brakes on cooperation, as well as options for the United States to respond, and likely future scenarios.

During first panel, we had a chance to  get acquainted with visions presented by Richard J. Ellings (President and Co-founder, NBR) on the strategic context of China-Russia relations, as well as Charles Ziegler (Professor of Political Science and Distinguished University Scholar, University of Louisville) analysis on China-Russia Relations in Energy, Trade, and Finance. In addition, panelists James Steinberg (University Professor of Social Science, International Affairs, and Law, Syracuse University) and Robert Sutter (Professor of Practice of International Affairs, George Washington University), presented the possible response for United States and eventual policy Implications.

Thanks to the presentations given by United States leading experts we had a possibility to explore the contours of this emergent axis of authoritarians in various spheres. In our opinion, it was a very important event which imposed a good path of thinking about American interest and upcoming challenges in this part of the world. Thanks to NBR we could get a new look on issues often discussed in the media, however, so far worked out rather superficially.