After Donald Trump ordered to build his famous wall, illegal traffic dropped by roughly 90 percent between 2019 and 2020 in Yuma, Arizona. It is not an isolated example of ad-hoc measures to counter modern border threats to state security. A slew of EU and NATO countries, including Lithuania, Estonia, and Hungary, followed suit. 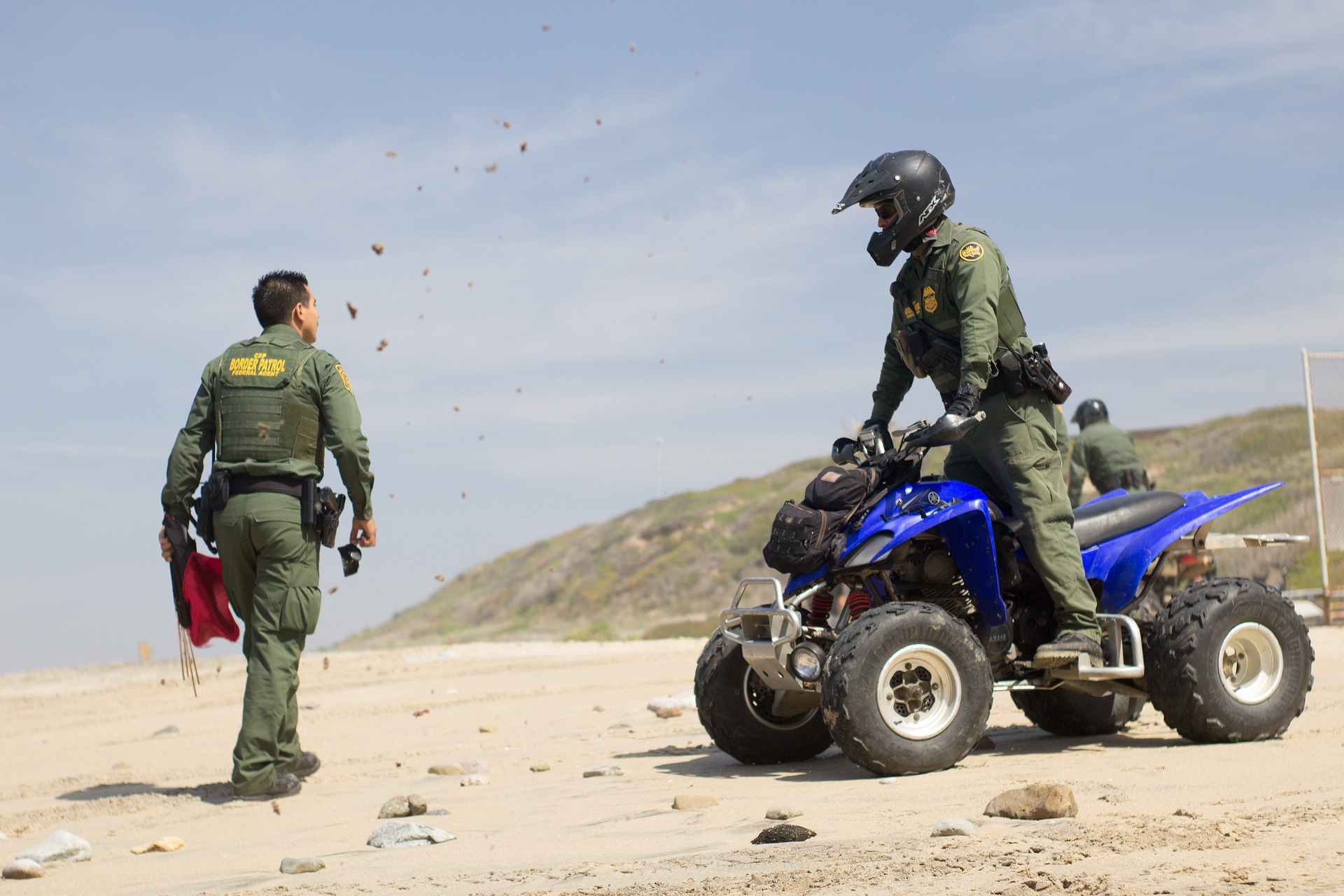 Now thousands of migrants are flocking to tiny Lithuania.

Lithuania’s parliament––a NATO and EU nation––has voted in August 2021 to build a fence on the most vulnerable section of its border. It will run for 550 kilometers (340 miles) to protect Lithuania––a country with a population of just over 2 million––against an influx of migrants seeking to enter it from Belarus as the latter is conflicted with the West.

Over 4,000 migrants have already entered Lithuania illegally from Belarus this year[1]. Without this physical barrier, it is impossible to protect borders, according to authorities in Vilnius. Lithuania aims to build a 4m (13ft) metal fence on the border with Belarus. It is expected to cost about $178 million. The European Union said it would not finance the fence, a project to boost the bloc’s security. It has offered help in the form of border guards and supplies instead.

Iraqi and Afghan migrants on the Baltic Sea?

Lithuania blamed the regime of President Alexander Lukashenko for this sudden uptick in illegal cross-border migration. Relations between Belarus and Lithuania deteriorated further in June 2021 after Belarus forced a Ryanair flight heading to Lithuania to divert to Minsk and arrested a Belarusian opposition journalist on board. Since security forces in Belarus unleashed a bloody crackdown on people protesting against the rigged election in 2020, authorities in Minsk are clashing with opposition figures. Earlier, presidential challenger Svetlana Tikhanovskaya had found shelter in Lithuania; the woman led protests to overthrow the regime of Alexander Lukashenko, also known as color revolutions that the Kremlin sees as the top threat. Shortly after, there was an unexpected upturn in illegal cross-border migration from Belarus to Lithuania, Poland, and Latvia. Many come from distant non-EU countries in the Middle East. Lithuania blamed Belarus for offering migrants flights to allow them not to cross other state borders to reach the Baltic Sea region.

In power since 1994, Lukashenko accused Lithuania of deliberately provoking his government into a reaction at the border. The Belarusian president says the migrants Lithuania turns away will not be allowed back into Belarus. Furthermore, Latvia declared a state of emergency at its Belarus border, authorizing the border guards to use physical force to return migrants to the country from which they came[2].

“Migration wars”: a new form of threat to the West

As for security, there is a question whether Lithuania could become a new Greece that had seen an influx of migrants as the first EU nation. Offering flights to migrants from the Middle East is another example only to Hungary that also mainland countries could witness irregular migration on their territory. According to some experts, a surge of migrants could be a form of hybrid warfare and a plan to attack EU and NATO states. This had already featured the 2015 migration crisis when EU officials said an influx of migrants was part of a hybrid warfare campaign, staged by EU neighboring countries to force some concessions.

Dr. Jacek Raubo was right to note that what is now taking place on the Lithuania-Belarus border should be a warning sign to Poland and other NATO states amid migration pressure[3]. The situation involves urgent measures to boost the number of personnel, training schemes, coordination both nation and worldwide, and resilience of state security services, also those responsible for border security. A mass exodus of migrants into the United States––notably since Joe Biden has taken office––is a vivid example that responsible and nation-oriented policy must not underestimate this risk. This also refers to defense spending in general. According to Jacek Saryusz-Wolski, the first Polish minister for European affairs and now a member of the European Parliament, Poland and other NATO countries in peril should increase their defense expenditure to 4–5 percent of their gross domestic product, or the level that is accurate for frontline states. It seems a good and urgent idea to oblige citizens of Poland and other NATO countries to serve through universal military training––even short and cursory.

Hybrid warfare is composed of three stages. First, efforts are made to destabilize the country by fueling invented internal disputes and social tensions and then to damage the economy, infrastructure, and reputation worldwide. The last step consists of replacing democratically elected authorities with a puppet political group that pursues the interests of the aggressor––either consciously or not[4]. Migration pressure falls into the first two categories.

Hybrid activities, where disinformation serves a pivotal role, are a key part of the threats above. We should be aware of that while browsing through stories and catching inaccurate or fake news in both domestic and foreign policy debates in the United States, Europe, or elsewhere in the world. This is often disinformation that has nothing to do with the facts, albeit once it is attractively served, it captures the attention of media outlets and websites that disseminate the content thoughtlessly because emotion-based stories sell well while resembling a catchy novelty. So “by their fruit you will recognize them,” as a common-sense slogan goes.

Scholarship holder at the Center for Transatlantic Studies in Maastricht, the Netherlands, and the George C. Marshall European Center for Security Studies (Garmisch-Partenkirchen/Washington DC). For many years he served as a diplomat actively promoting Polish interests in North America. He completed a course at the International Energy Agency (IEA) in Paris and was an International Visiting Advisor on Energy in Calgary. He is currently writing his doctoral dissertation on national security.

« Eastern Europe, Huawei and 5G
Pegasus Affair: Who Was Wiretapped in the Middle East? »