‘Fort Trump’: US considers permanent base in Poland

President Donald Trump said the US is considering to deploy more US troops and military equipment to Poland. Polish President Andrzej Duda suggested building a permanent US base in Poland and said he would name it “Fort Trump.” 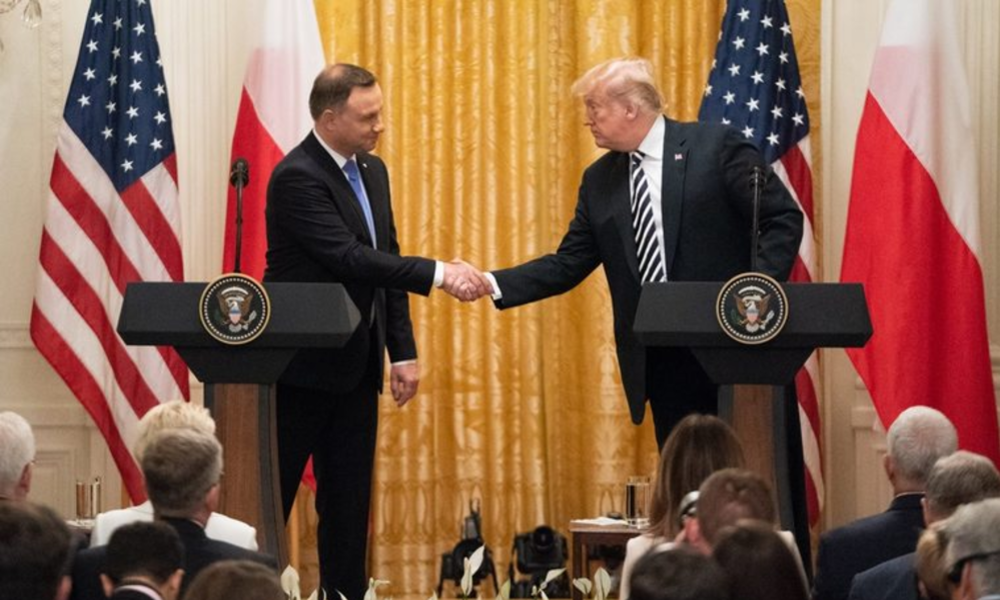 Poland is closely watching Russia and its military moves, and Trump believes that having a presence in the country would keep Russian President Vladimir Putin in check. “I think that Russia has acted aggressively,” he said. “They respect force. They respect strength, as anyone does. And we have the greatest strength in the world, especially now.”

Poland has openly proposed a permanent U.S. present since President George W. Bush was in office. But it now seems that a positive decision and transition to the implementation phase is closer than ever.

During the conference at the White House after he met with Polish President, Trump said, “Poland is willing to make a very major contribution to the United States to come in and have a presence in Poland. If they’re willing to do that, it’s something we will certainly talk about.” The Polish authorities offered a contribution of over USD 2 billion in infrastructure and appropriate technical preparation for the American military base.

It is worth noting that the American Congress, before the Presidents’ meeting, obliged the Pentagon to present, no later than March 1, 2019, a report evaluating the “feasibility and legitimacy of permanent stationing in the Republic of Poland of the armed forces of the United States”. Defense Secretary Jim Mattis said the Pentagon is working with Poland on potential options, but no decision has been made.