Defense relations between the US and the UK

That day the guest was Mr. Stuart Andrew. This Member of Parlament was appointed Parliamentary Under Secretary of State, Minister for Defence Procurement at the Ministry of Defence in July, and is responsible for the UK’s Defence Equipment Plan, defense industry and exports, and science and technology. 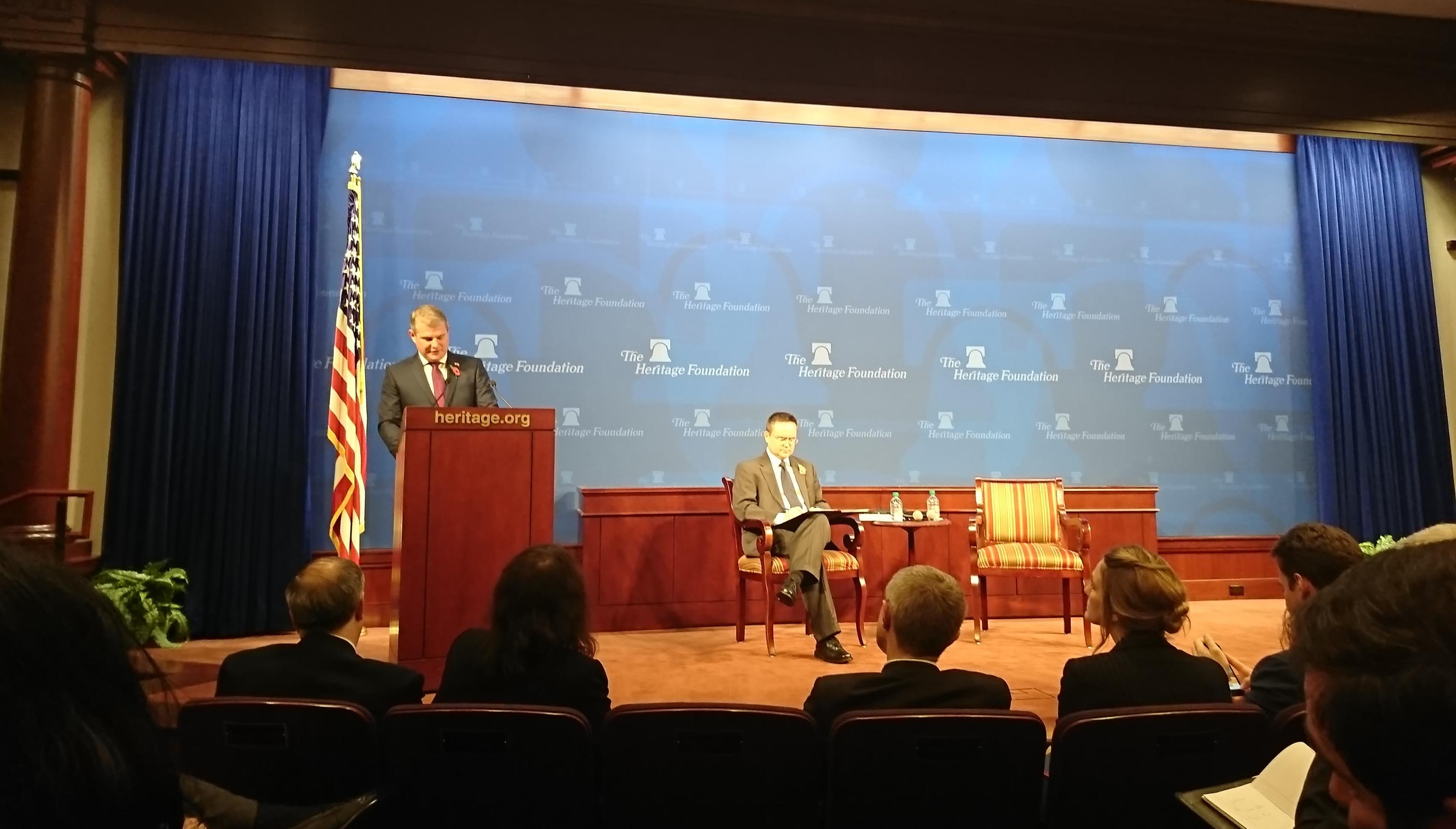 The subject of the meeting focused around defense relations between the United States and the United Kingdom. An exceptionally intriguing topic in the context of a major change in the political arena that is posed by Brexit. Stuart Andrew has repeatedly underlined how broad, deep and advanced is UK/US relationship. In addition, he presented new aspects affecting the change of national security environment. Criminal gangs, extremist network or minor states developing nuclear capabilities with worldwide range put on a significant change in the way in which the evolving sphere of security should be perceived. Further, automation and artificial intelligence poses a challenge when it comes to maintaining an advantage. 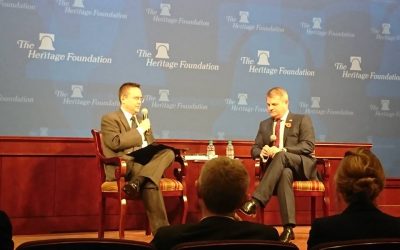 he answer to the problems mentioned above is simple. As Mr. Stuart Andrew said it is strengthening the alliance by closer and broader partnership in many spheres. As emphasized In particular in the areas of nuclear deterrence, cyber security and submarine warfare, for which a significant part of the United Kingdom defense budget will be allocated.

At the end, Stuart Andrew stressed that the media prevails too much extremely radical visions in the context of Brexit, both on the side of supporters and opponents. As he said along with the upcoming changes, the possibilities of cooperation with the UK will increase as previously some of them were impossible to perceive due to the partnership with the European Union. He assured that the relations between the United States and the United Kingdom would still remain special not only because of trade but also because of the shared values of protecting democracy, freedom, and rule of law. The changes are to give United Kingdom the opportunity to improve in this vision.

Report from the event on the Heritage Foundation official website.