The 100th anniversary of regaining independence was celebrated in Washington DC. At the reception organized by the Embassy of the Republic of Poland, there were many distinguished guests and important words about mutual Polish-US cooperation. 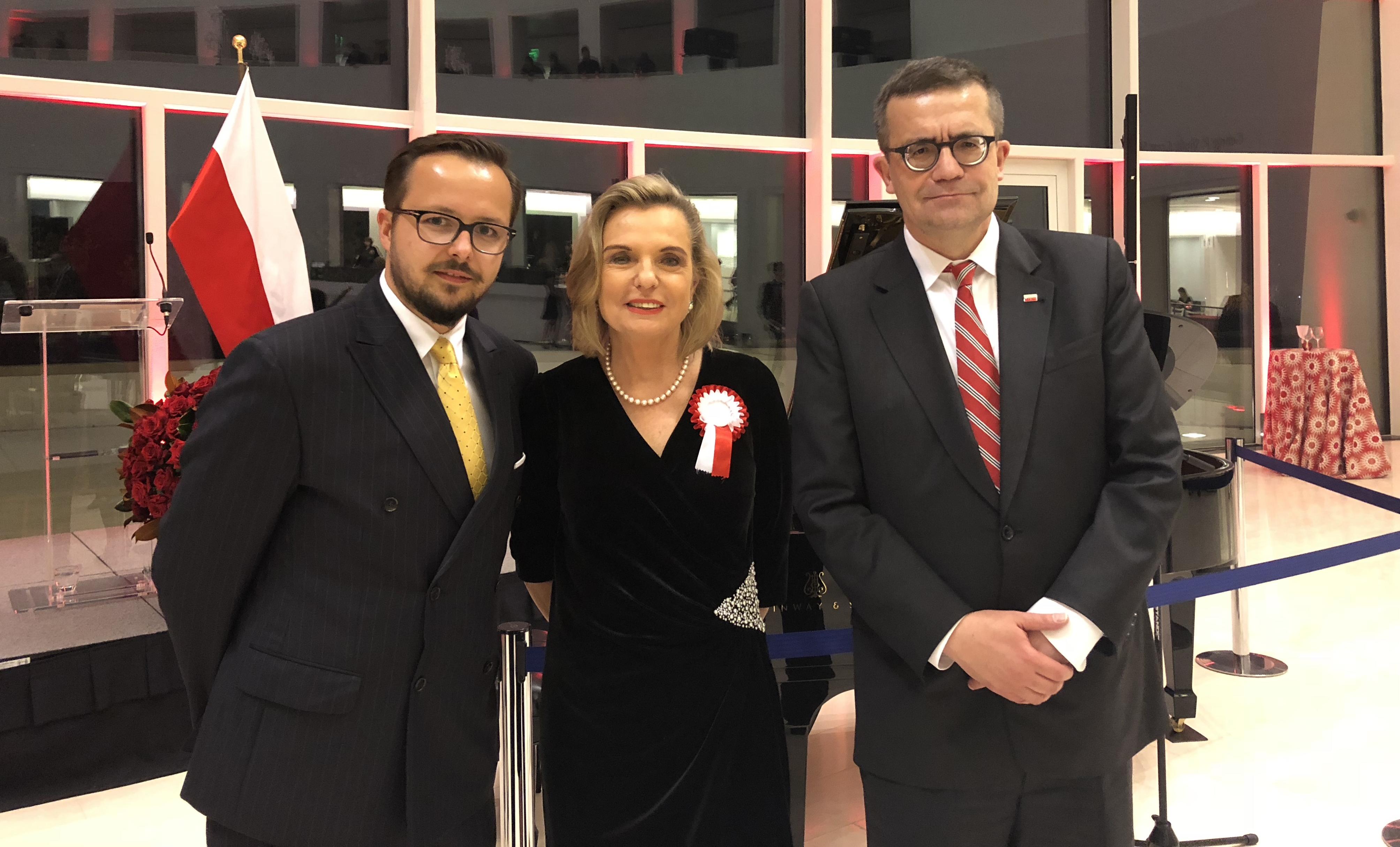 Due to the Veterans Day, the celebration of Poland’s regaining independence in Washington was celebrated on 13 November.

The event prepared by the Embassy of the Republic of Poland was attended by high representatives of Poland and the United States with the Minister of National Defence Mr. Mariusz Błaszczak and Wess Mitchel, Assistant Secretary, Bureau of European and Eurasian Affairs. Moreover, Senator Anna Maria Anders and Ambassador Piotr Wilczek spoke about the role and importance of Polish-American relations.

The Warsaw Institute Foundation is proud to have taken part in celebrating such an important event.

In the picture, the President of The Warsaw Institute Foundation, Marcin Gawęda, together with Senator Anna Maria Anders and the Polish Ambassador to the USA, Piotr Wilczek.