Biden Proposes Additional Funding for the US Indo-Pacific Strategy 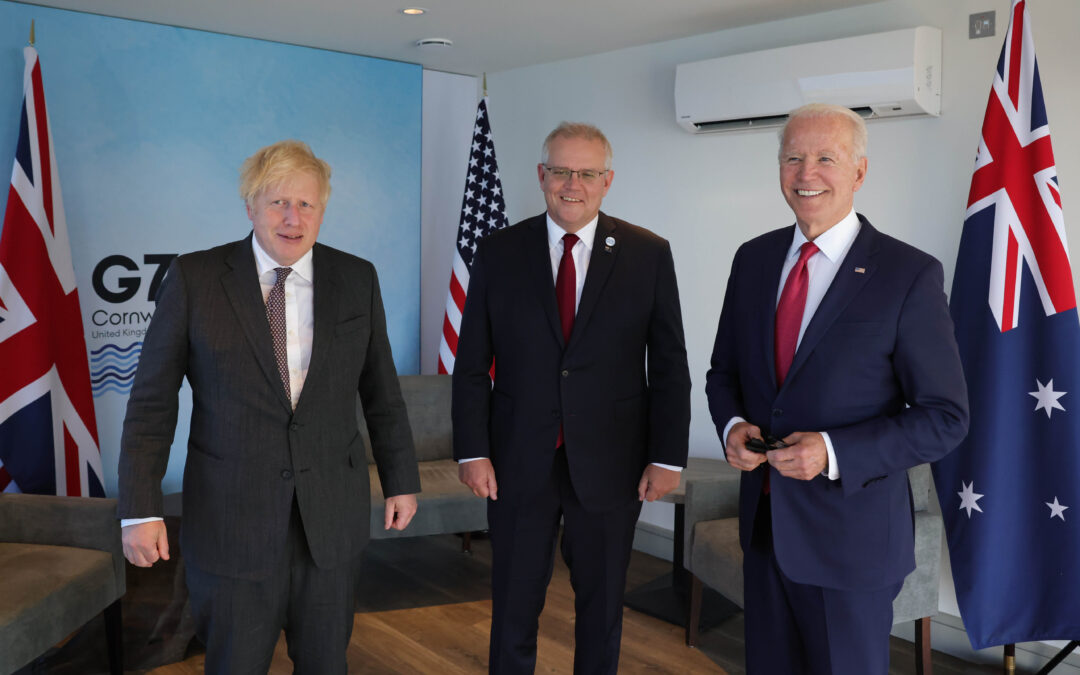 The expenses related to the implementation of Joe Biden’s Indo-Pacific strategy fall under the Pentagon’s budget, which is expected to reach $773 billion in fiscal year 2023. On the basis of the distribution of budget funds, proposed by the current White House administration, it could be concluded that the United States notice the changes in the balance of power in the Indo-Pacific. The funds planned under the Biden administration’s official Indo-Pacific strategy will cover multiple activities. These include, above all:

It is worth pointing out that security in this region is largely contingent upon international treaties as well as multilateral military and diplomatic alliances. The message of the latest US strategy is very clear – China poses a serious threat to Indo-Pacific states and the world at large while the United States, its allies, and partners must counter it.

China’s territorial claims in the Indo-Pacific

The global maritime security is based on the principles embodied in the 1982 United Nations Convention on the Law of the Sea (UNCLOS). In the face of the PRC’s increasing aggression in the South China Sea and territorial aspirations over islands in the region (including claims over the Paracel Islands), the progressive devastation of UNCLOS principles is evident.

The PRC expresses historical claims to a significant part of the South China Sea. Under current international law, most of these areas belong to the surrounding states, such as Brunei, Malaysia, the Philippines, and Vietnam, among others. Interestingly enough, most of Chinese goods are transported precisely through these waters. However, in 2016, the Permanent Court of Arbitration in The Hague recognized the illegality of all Beijing’s territorial pursuits and claims. Nevertheless, the main objective of China’s demanding foreign policy in the region has become the annexation of democratic Taiwan.

What is more, the PRC influences the market economy of the region’s countries by subsidizing related institutions and companies as well as restricting trade with states that oppose the totalitarian policies of Xi Jinping’s regime. Australia has emerged as a target of China’s trade war. Beijing has imposed tariffs of up to 212% on Australian wine. Earlier, the PRC took measures to limit imports of various products from Australia, including coal, copper, and barley.

The need to increase cooperation of the anti-China coalition

As White House officials point out, the proposal to allocate additional resources for activities in the Indo-Pacific is intended serve as integrated deterrence. In order to strengthen the results of the planned actions, the budget prioritizes China as the biggest challenge for the US Department of Defense. Moreover, it is expected that Australia would play an increasingly vital role in the new US Indo-Pacific strategy.

The alliance, which is of strategic importance to Canberra, translates to a significant naval development. Under the AUKUS initiative, Australia will obtain conventionally armed nuclear-powered submarines. Also under the pact, the United States will share nuclear propulsion technology with Australia, as it did with the UK under the 1958 Mutual Defense Agreement. Scott Morrison’s government intends to arm the ships with conventional weapons. However, the details of the program, such as the choice between the American and British submarines, have not yet been established. Ultimately, the Royal Australian Navy will purchase eight nuclear submarines. The whole project will cost about $70 billion, but, according to many experts, the price could rise. A report of the Australian Strategic Policy Institute, published last December, found that the nuclear-powered submarine program could cost more than $80 billion.

The first report on Indo-Pacific defense efforts is expected appear six months after the signing of the pact. However, Financial Review’s experts predict that the first news will mostly concern cooperation in research on quantum technology, artificial intelligence, information sharing, and cybersecurity.

As part of the alliance’s mandate, the UK has pledged an additional £25 million to promote “peace and stability” in the Indo-Pacific. This is a sign of deepening strategic cooperation with Australia amid continued concerns about China’s power and influence in the region. According to experts, the funds will be used to strengthen cyber and maritime security. Such declarations come after assurances from British Prime Minister Boris Johnson following a meeting with his Australian counterpart Scott Morrison.

Prospects for further growth of the anti-China alliance

Actions within AUKUS may also take legislative form in the United States. According to President Joe Biden, leader of the pact, matters related to the Indo-Pacific cooperation should be considered by the US Congress. There already is a Friends of Australia Caucus on Capitol Hill. Its co-chair, Joe Courtney (D-CT), strongly approves of the US executive’s demands concerning the alliance with Australia and the United Kingdom.

The strengthening of relations between Australia and the United States is a direct result of China’s activity in the Indo-Pacific. The partnership between the two countries has been excellent for years, also within ANZUS (the Pacific Security Pact), but has now been taken to the next level. In 2021, changes in Australia’s strategic position were evident not only by the signing of the trilateral pact, but also during the G7 summit in Cornwall in June and the QUAD leaders’ meeting in September. The fact that the United States had to engage Canberra confirms that China has become focused on contesting the regional and international order as well as willing to use coercion and force for territorial expansion. From this point of view, increasing the defense spending as part of the US Indo-Pacific strategy appears to be an appropriate step towards maintaining peace in this part of the world.