On November 3, 2020, another presidential election will be held in the United States. The Americans will choose the next President of the United States for the upcoming four years. The candidates include: from the Republican Party, the incumbent President – Donald Trump and from the Democratic Party, the former Vice President of the Obama administration – Joe Biden. The latest September polls show Biden’s minimal lead, but the current president seems to be gradually catching up. In November, a fierce fight for the office of the President of the United States will take place thus it is worth considering what the current American election campaign is like, how the specific and indirect electoral system works (the President is de facto chosen by the Electoral College) and what does the victory of a certain candidate mean for us – continuity or change of American politics? 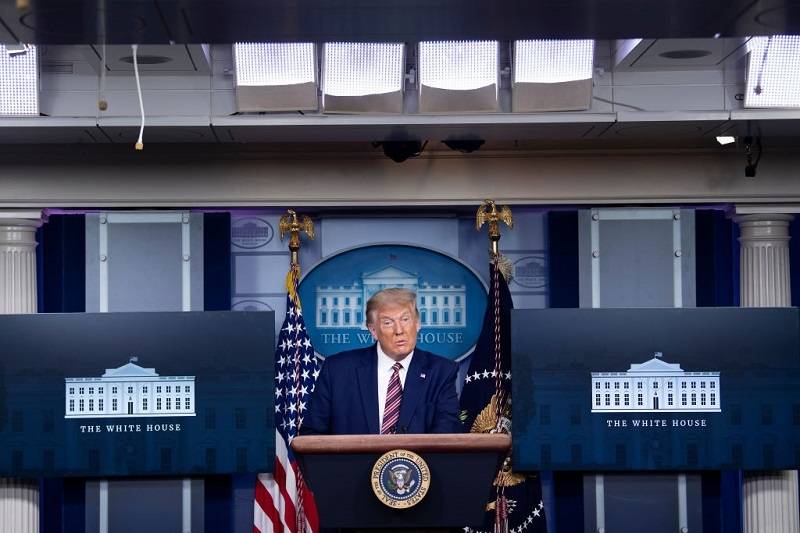 An American historian – Professor Allan J. Lichtman, created a 13-point (category) model in the early 1980s, only two of which are directly related to the personal characteristics of the candidates for the office, and whose fulfilment leads to the acquisition of the position of President of the United States (for instance: economic situation, successes in international politics, social moods, or the results of the recent election to Congress – the midterms). This model, based on methodology used in geophysics and statistics, was described in his book – The Keys to the White House, originally published in 1996. Thanks to this method of forecasting, he has been able to accurately predict the results of each election since Ronald Reagan’s presidency. An interesting fact is that Prof. Lichtman was one of the few to predict the 2016 victory of the current US President – Donald Trump, despite Hillary Clinton’s (Democrat) original lead in the polls. After the campaign, the professor received a congratulatory letter from President Trump.

In the current campaign, however, Lichtman points to Joe Biden’s victory (7 to 6 out of 13 points), yet there is still about a month towards the end of the campaign and everything may change (predictions in Trump’s favor were changed by Lichtman in fall 2016, only a few days before the election day). The current nationwide surveys (CNN Politics poll from September 2) give Biden a slight advantage: 51% to 43%. The same was true in 2016, when Donald Trump initially had a survey loss to Hillary Clinton, but in the end, it was him who, using Professor Lichtman’s nomenclature, found the “key to the White House.”

There is one aspect Professor Lichtman does not refer to in his model, but from the political-legal aspect of the so-called electoral geography this seems to be crucial. Formally, according to American law, the election of the president is made by the Electoral College – a constitutionally established and specially appointed body. In practice, however, the voting of the electors is rather symbolic. The number of electoral votes per state plays a key role in the strategy of presidential election campaigns in the United States, and the result of the election depends in practice on the result of voting in several swing states (in the upcoming election there will probably be eight of them: Michigan, Wisconsin, Pennsylvania, North Carolina, Arizona, Florida, Georgia and traditionally Ohio). The candidates’ task is to take over as many swing states as possible. The November victory of one of them may depend on this.

In 2016 Donald Trump succeeded in this (he won most of the major swing states, including Ohio, Pennsylvania, Arizona, North Carolina, Florida, Michigan, Georgia, Wisconsin). This year, it will be much more difficult for the current president (he must win Florida again and certainly keep Texas, which is slowly becoming a swing state – a so-called “leaning republican” state – one with a weakening advantage of one of the parties, in this case the Republican Party), although this is not out of the question, yet this year experts say that Biden has a chance of winning more swing states (if Florida with 29 electoral votes is one of them and Trump loses 38 electoral votes in Texas, then winning the remaining swing states would not give him much, unlike in the previous election). Nevertheless, at the beginning of September, Biden is still the front-runner (certainly not a rock-solid one).

The campaign at this stage also involves the candidates’ collaborators, including, above all, the official candidates for US vice-presidents, officially nominated by the two largest parties. While the natural candidate for Donald Trump is the current vice president – Mike Pence, the nomination of a senator and a former California prosecutor – Kamala Harris, by the Democratic Party was expected to give much new energy to Biden. It is also a tribute to the left-wing and progressive electorate of the Democrats (especially those who were hoping for the nomination of Bernie Sanders) and an attempt to aggregate support for the anti-trump “Black Lives Matter” movement (formed informally as a result of mass protests in the USA after the death of the African American citizen – George Floyd, possibly caused by brutal police intervention in May 2020). The case was quite politicized – on the one hand Donald Trump supported actions of the police, demanded the ban of the left-wing Antifa, and called the “Black Lives Matter” movement a neo-Marxist one, while Joe Biden participated online in the Floyd’s funeral in Houston in June and assured that if he won, the police would not exceed its powers, so in a sense he also played the political card. This event clearly shows how such controversial events can politicize American public opinion.

It is also worth adding that the second strong theme of the campaign is the COVID-19 pandemic. Joe Biden points out that Donald Trump did not cope with it. Trump, on the other hand, counterattacked stating that he is fighting for the American economy and jobs, and that electing Biden is the neo-Marxist “end of American Dream.” These matters will be the subject of three debates between the candidates. The first one is to take place on September 29 in Notre Dame, Indiana, and the next two in October. These TV debates in addition to the good news from the economy are, assuming a good preparation of the current president, his great chance to catch up with his rival and be reelected. Joe Biden, on the other hand, is likely to focus on criticizing the current policy of Trump’s administration and convincing Americans that he will handle the second wave of the coronavirus pandemic better. At this stage of the campaign it is difficult to identify the winner unequivocally, but at this point in time the former vice president of Obama’s administration is one step closer to the desired presidency. Whether this means a return to his policy from 2008-2016 is unknown. In turn, the incumbent president, who as a businessman fights to the end, will certainly not give up so easily. One is 100% sure – the next two months will be an extremely interesting political game for the most desirable place in America – the White House.

« The Hidden Cost of Cheap Smartphones
What is next for Nord Stream 2? »