USA versus China: Rivalry for influence in Central and Eastern Europe

On April 22nd, 2020, the editorial office of The Warsaw Institute Review organized an expert debate titled “USA versus China: Rivalry for influence in Central and Eastern Europe”. The event took place in the form of live broadcasts, allowing viewership and active involvement in the debate through social media in the face of the pandemic. 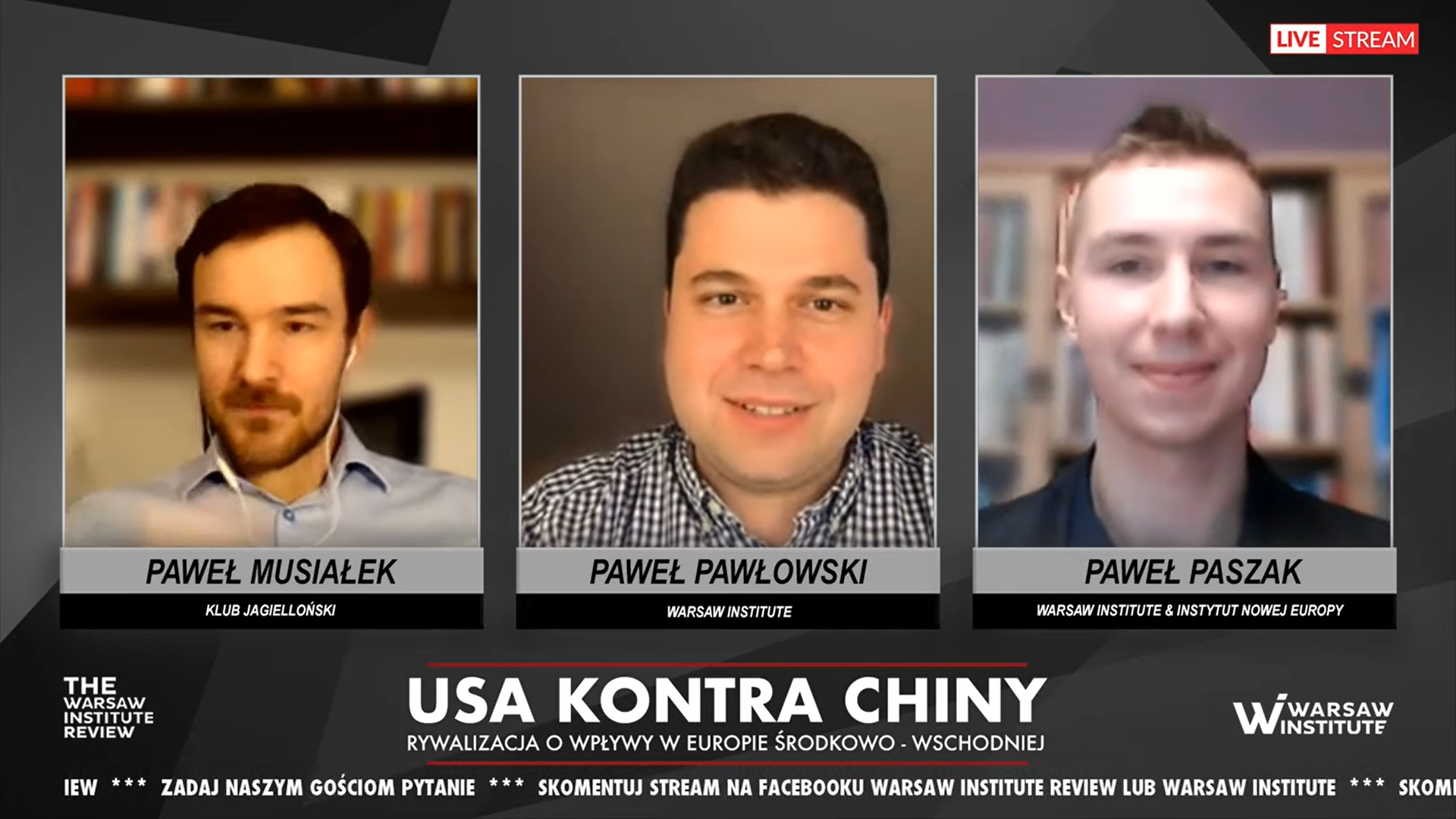 Paweł Musiałek, by outlining the field of superpower’s rivalry, drew attention to the strong pro-American orientation of Central and Eastern European (CEE) countries. From 2015, as a result of China’s ongoing expansion along with the weakening US presence in the region, an issue of US-Chinese rivalry on further economic and political relations began to emerge. From today’s perspective, Mr. Musiałek proposed the following conclusions:

1. China failed to create its sphere of influence in CEE. Despite the ongoing trade cooperation, they are not significantly present politically or in terms of investments in any country except Serbia.

2. The Chinese model of expansion, created for the needs of African and Latin American countries, was not adapted to the CEE conditions.

3. The gradual return of the US military presence to the region mobilized by Chinese and Russian activities.

Paweł Paszak, analyzing the main sources of the PRC’s engagement in CEE, drew attention to the advantages of the region’s countries access to the European Union’s single market, and at the same time their own increasing attractiveness as national markets. Nevertheless, in his opinion the 17 + 1 format turned out to be equally disappointing for everyone involved, mainly in case of insufficient investments. Answering to the question on how strongly the COVID19 pandemic could affect Chinese-European relations, he pointed out to the fact that there is no common EU’s policy towards China and that the future German orientation should be observed.

Paweł Pawłowski noted that despite the suspension of the US military forces’ transfer to the eastern flank as part of the Defender-Europe 2020 exercises, the United States’ investment in the Three Seas Investment Fund is still valid. According to him, the CEE region is considered as an attractive pro-American investment area, however, COVID19 pandemic is strongly testing the NATO and the US abilities of responding to crises. The current situation requires the development of artificial intelligence in such a way that the EU does not diverge technologically from China, and at the same time protects its citizens’ (privacy?)

The future of globalization was also raised during the debate. Paweł Paszak stressed the need for its retention and gradual restoration of domestic productivity as the most important issues. Paweł Musiałek, on the other hand, stated that all countries, especially Poland, are its beneficiaries and that the retention can bring more harm than good. He also noted that although the CEE countries want to cooperate in many areas, in the face of the crisis China presenting the cheapest offer may not lose its competitiveness.

Paweł Paszak in the Q&A session also wondered how much the crisis shall accelerate or slow down the development of digitalization. In his opinion the economic consequences forecast a difficult choice between investment in further technological development and financial help for small and medium-sized enterprises. He also noted that excluding China from global supply chains is a process that has only just begun and must be spread over decades with the need to adapt unpredictable scenarios for the further development of a pandemic.