U.S. Permanent Military Base in Poland

Setting up a permanent military base would be of large geopolitical importance not only for Poland and its bilateral relations with the United States but it would also positively influence the situation in Central and Eastern Europe. The idea of U.S. permanent military base in Poland is also advocated by Lithuania, Latvia, Estonia, Romania, and Ukraine, all of them being most at risk from Russian military aggression.

This article was written by Krzysztof Kamiński, President of Warsaw Institute 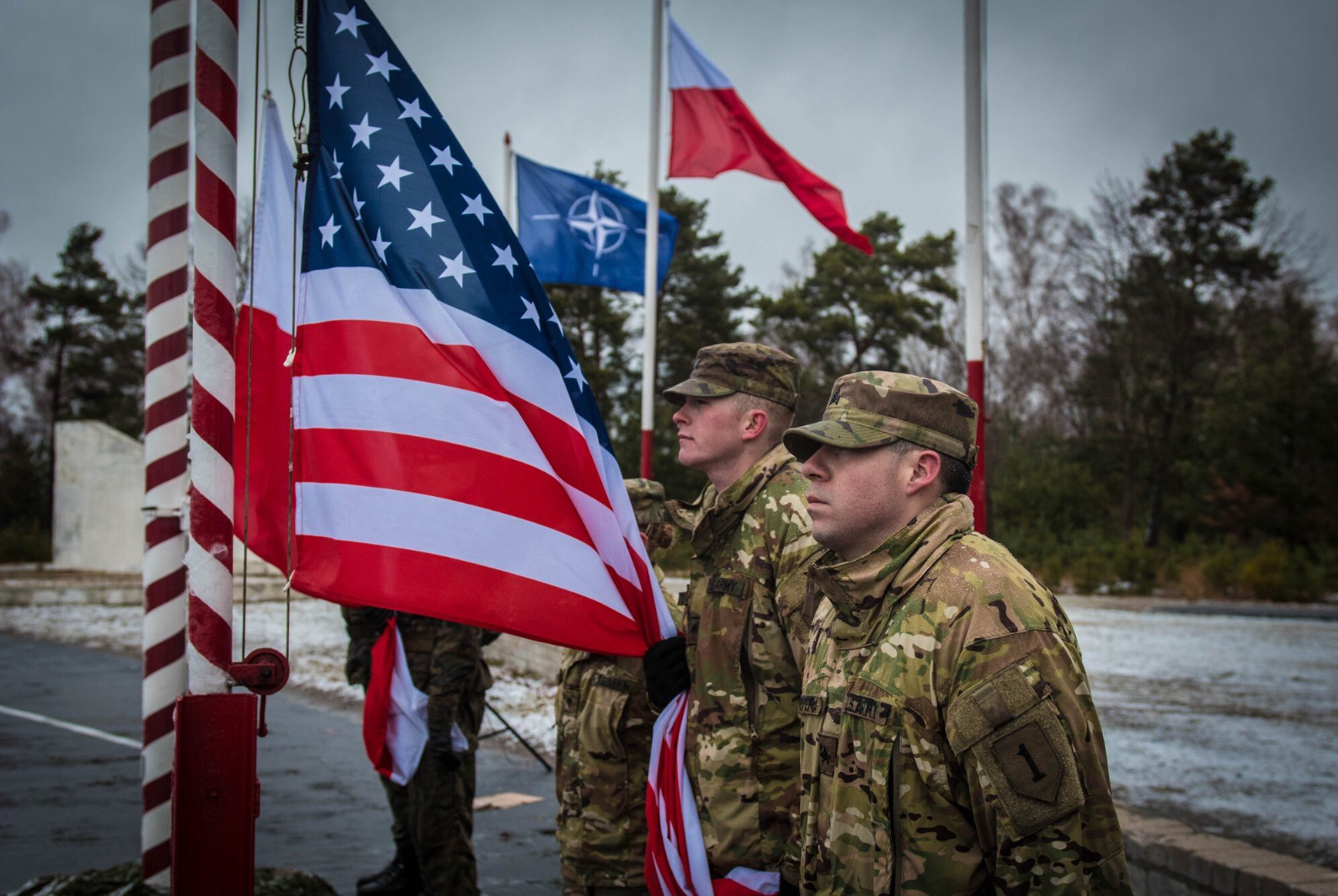 Poland has openly proposed a permanent U.S. presence since President George W. Bush was in office. All significant political forces in Poland have been supporting this idea for years. But it now seems that a positive decision and transition to the implementation phase is closer than ever. On September 18th, 2018, during a joint press conference of the President of the United States and President of the Republic of Poland, the proposal to increase the involvement of U.S. Army in Central and Eastern Europe was announced. President Donald J. Trump said the U.S. is considering to deploy more U.S. troops and military equipment to Poland. His Polish counterpart, President Andrzej Duda, suggested building a permanent U.S. base in Poland. The American Congress obliged the Pentagon to present, no later than March 1, 2019, a report evaluating the “feasibility and legitimacy of permanent stationing in the Republic of Poland of the armed forces of the United States.”

The U.S. base will be nothing more than just a response to the current state of affairs, referred to as a defensive step rather than an offensive one. Russian President Vladimir Putin was the first one to make a move when expanding his country’s military capabilities in the vicinity of NATO’s borders. Moscow’s annexation of Crimea or the occupation of a part of Ukraine’s Donbas region were not the last ones as the Kremlin still undertakes aggressive measures against the West, as exemplified by the attempted poisoning of Sergei Skripal or other military intelligence operations.

NATO’s reinforced military presence on the Alliance’s eastern flank constitute a response to Russia’s violation of international law. Unfortunately, some small NATO garrisons, deployed to Eastern Europe after 2014, are no longer able to protect the region. For instance, Russia’s intentions were clearly depicted during the Zapad 2017 military drills. For many years, it has been clear that all countries threatened by Russian aggression cannot be fully protected with allied documents or written promises. Instead, their security seems best guaranteed by the constant presence of U.S. troops.

The potential of the Polish army has increased from 100,000 to 130,000 troops on the active list whereas the figures are expected to reach 200,000 servicemen by the end of 2025. The Polish army is actively involved in the buying new weapons, including the recent acquisition of the Patriot missile system for 4.75 billion dollars. However, despite such a significant increase in its military potential, Poland is still in a much worse position in a possible clash with Russia.

Therefore it does not come as a surprise that the country seeks to intensify its military efforts with the aid of it’s strategic ally. Poland always backed the United States, as evidenced by the example of the wars in Iraq and Afghanistan. That’s why it has the right to expect reciprocal measures, the more so that all parties will eventually be provided by a number of substantial benefits.

Poland’s determination is best illustrated by the government’s offer to provide a financial aid of up to 2 billion dollars over 10 years to back the U.S. military presence in the country. Importantly enough, Poland’s political elites almost unanimously agree to establish a permanent U.S. base. Also, the majority of society is in favor of such a solution.

Benefits for the United States

In response to Warsaw’s demands, the fact of establishing a permanent military base in Poland would give a strong signal for all U.S. allies not only in Europe but also all around the world. For Washington, there is no better way of proving that it pays off to meet allied commitment as they ultimately result in receiving substantial and long-lasting U.S. aid. First of all, Poland intends to cover most of the operational costs of U.S. base from its own pocket. Secondly, the country spends 2 % of its GDP on defense, which should be the case of all NATO members, though only a minority fulfills such a commitment. Not to mention that the government in Warsaw seeks to purchase modern weapons and military equipment, mostly the American ones.

The Pentagon should take into account the ever-increasing partnership between Russia and China, also in terms of military affairs, especially bearing in mind the growing risk of a war on two fronts. And even if Moscow does not decide to stand alongside Beijing during a regular fighting in Asia, the U.S. involvement in the Far East is likely to employed to achieve certain goals in Europe, as exemplified by such scenarios as the break-up of Ukraine, the annexation of the Baltic States or even the plausible attack on Poland. While envisaging such likelihood, the mere permanent presence of the U.S. Army on Polish soil may at least prevent Russia from showing aggression against the NATO’s eastern flank.

The American troops’ permanent presence on Polish soil is referred to as a strategic issue that goes far beyond the limits of the rules of individual political teams in both Washington and Warsaw. Located at the strategic point of NATO’s eastern flank, the permanent U.S. military base in Poland corroborates Washington’s commitments to the Alliance and the fact that NATO is perceived by the Americans as the most important means of ensuring security both for Europe as well as for themselves.

Krzysztof Kamiński graduated from the University of Warsaw (Internal Security) and completed the course in The Institute of World Politics in Washington. He gained his professional experience in energy sector. Mr. Kamiński areas of interest are geopolitics, energy security and public affairs.

The article was originally published at “Dziennik Związkowy”

« “We care for the good name of Poland in the U.S.”
Russian-German Gas Pipeline, U.S. Threats »