The Potential Escalation of the Conflict Between Superpowers 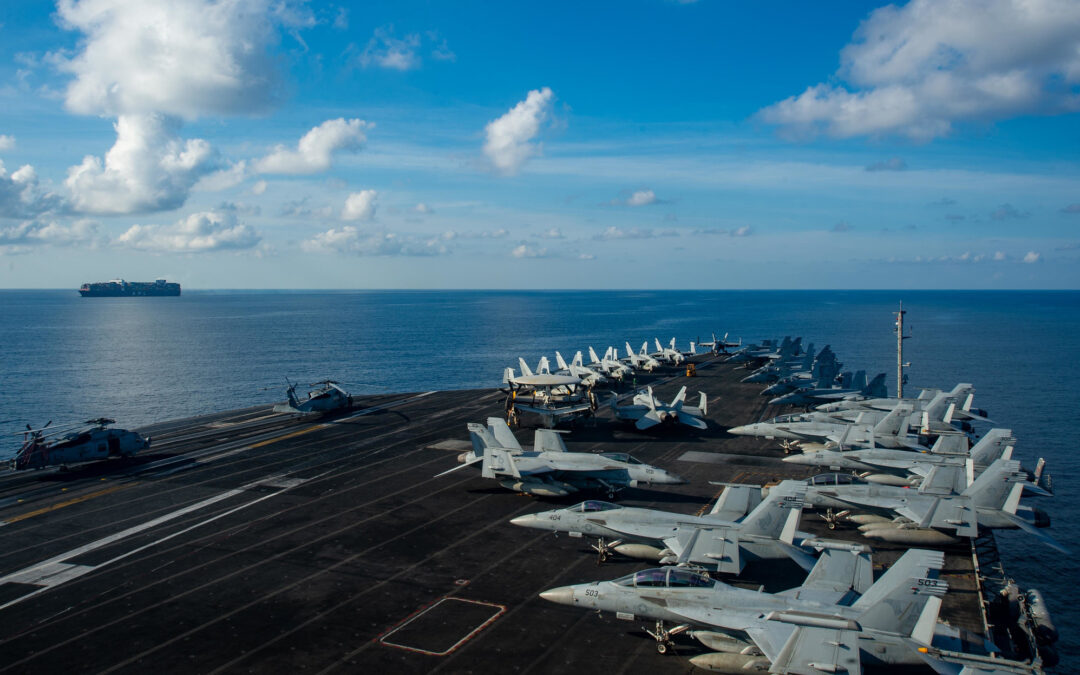 In a commentary for The Wall Street Journal, Andrew A. Michta, Dean of the College of International and Security Studies at the George C. Marshall European Center for Security Studies, argues that a brief and unexpected conflict between the US and China could soon occur. Hal Brands of Johns Hopkins University and Michael Beckley of Tufts University, among others, are partially against this opinion. According to them, a potential armed conflict is indeed very likely, but it could extend over time and escalate into a world war, perhaps even a nuclear one. The researchers point out that the length of the conflict may be determined by the number of probable hotspots. Apart from Taiwan there are also other activities of the CCP that are widely criticized internationally, including the issue of Uyghurs. American political scientists claim that Taiwan will be the flashpoint. This is a likely scenario due to the ever-increasing conflict between Taipei and Beijing.

The two superpowers are competing at the very top, and, in the long term, a finale other than destruction could be too costly for either party. In terms of arms spending, China ranks second with an annual budget of $245 billion in 2020. The United holds the first place with an expenditure of $778 billion in 2020, exceeding China’s military investment more than threefold. The PRC has become a more serious threat to the position of the White House than the Russian Federation. The belief that China is only expanding economically may soon be verified.

Tensions are noticeable in the entire South China Sea region. Japan attempts to deter China with statements of support for Taiwan. Simultaneously, it declares to maintain the American presence in the country. On the other hand, Australia purchases new nuclear submarines and joins a new strategic alliance.

On September 15, 2021, the US, the UK, and Australia signed the AUKUS agreement concerning defense strategy and technology, such as artificial intelligence (AI), information technology, quantum technologies, a submarine warfare program, and long-range missiles. The main beneficiary in this case is Australia, which is a relatively lone representative of Western civilization in the region, while the PRC’s fleet is steadily growing, thus gaining an advantage in this part of the world. As a result of the new partnership, the Australian Navy obtained nuclear vessels and BGM-109 Tomahawk tactical cruise missiles for Hobart-class destroyers. Interestingly enough, France was originally supposed to be a major part of the deal. However, Canberra’s purchase of French submarines would have involved frequent servicing, hence Australia opted for American ships with an indefinite service life. Media reports indicate that AUKUS was established at the initiative of Australia, disappointed by cooperation with France since 2016.

AUKUS is not the first attempt to control the Chinese expansion – others include QUAD and the Five Eyes alliance. It is important to note that the United States has entered into each of these partnerships since it wants to be perceived as the main superpower that defends the values of the free world. At the same time, the matter of defending freedom values by Washington is not so certain if economic issues are taken into account. Since 2017, the White House’s trade policy has been characterized by isolationism, seeking to break the established supply chains of which China is an important part. On the other hand, the PRC seeks to be seen as the defender of the free trade, thus appropriating the position of the US as the hegemon, which formulates the rules of the global economy.

Since 2017, the year Donald J. Trump was sworn in as the 45<sup>th</sup> President of the United States, the long-standing US-China tensions have been turned into actions in line with proposals from the 2016 presidential election campaign. In the first year of his term, already in April, Trump met with the President of the PRC. Later that year, in August, the White House commissioned a study of Chinese laws and practices on technology transfer, intellectual property, and innovation. This was the aftermath of Chinese manufacturers copying Western products and flooding the international market with their modified designs. Between 2018 and 2021, there were a number of new tariffs on specific Chinese products, including steel and aluminum, among others, but also direct bans unrelated to duties on goods. On May 16, 2019, a milestone was set in the US fight against Chinese electronics manufacturers. At that time, the White House ordered the outright termination of US companies’ cooperation with Chinese tech giant Huawei Technologies, one of the global leaders in the smartphone industry. The decision was connected to the end of support for Huawei products by Google, the developer of Android, at that time the main operating system of the Chinese brand’s devices, rendering the hardware useless for many.

Trump’s actions may have seemed misguided or hasty, but their validity was confirmed by his successor. In December 2020, President-elect Joe Biden indicated that he would not take any “immediate moves to lift trade war tariffs.” In May 2021, Liu He, Vice Premier of the PRC, and Katherine Tai, US Trade Representative, attended their first trade talks since August 2020, yet already in July America declared that talks would not be resumed.

Consequently, the US-China conflict is undeniably a cross-party issue, and, regardless of changes in the US administration, it will only escalate. Cooperation in the region of the South China Sea is growing in response to further challenges posed by China, which is steadily increasing its military capabilities. Even if the armed conflict remains only theoretical, its economic dimension will certainly continue.