Although the crisis on the oil markets began – obviously – with the outbreak of the SARS-COV-2 coronavirus epidemic in China, now, other factors also contribute to the fall in oil prices. The collapse of the market is caused not only by the reduction in fuel demand worldwide, but also by the price war between Saudi Arabia and the Russian Federation. And this one continues at its best. 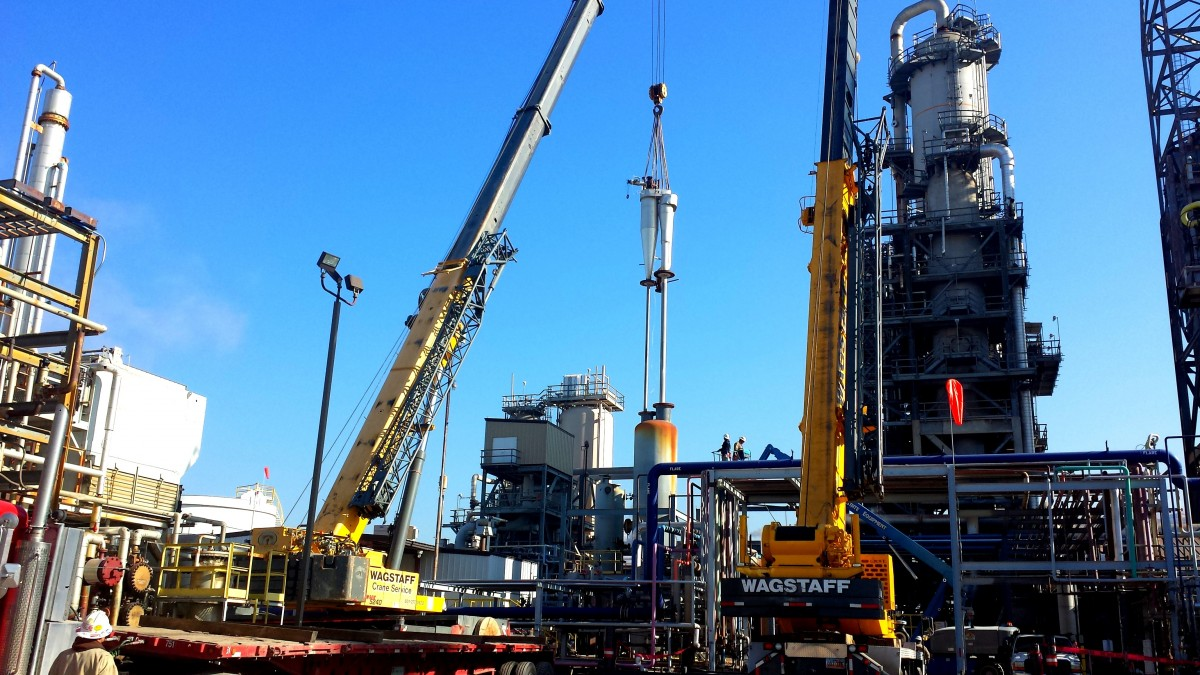 The oil markets were shaking in their foundations yet in January this year, when it became clear that the outbreak of the epidemic would effectively reduce oil consumption in the People’s Republic of China. Prices of the raw material, oscillating at that time around 65 USD/bbl, started to decrease and reached the level of around 50 USD/bbl by the end of February. The decrease would have been much greater if it had not been for the intention of producers cooperating under the so-called OPEC+ (an informal platform for cooperation of the OPEC cartel with a number of other countries, including Russia) to introduce additional extraction cuts. Declarations in this respect had a reassuring effect on raw material exchanges and kept the oil price under control.

However, the full collapse happened at the beginning of March, when proposals for further cooperation under OPEC+ were rejected by the Russian Federation, which did not agree to further reduce raw material supply to stabilise prices. In practice, this meant the destruction of the foundations on which the global oil markets have been based for the last three years. What is more, following the break of the OPEC+ agreement by Russians, Saudi Arabia decided to take the lead and without much hesitation declared a price war on Russian companies.

Saudi Arabia declared that in the face of the failure of the talks in Vienna, they are forced to increase oil production and offer unprecedented discounts of up to USD 8 per barrel of raw material to customers around the world. As if this was not enough, the government in Riyadh also recommended that Saudi Aramco, a Saudi oil company, should make investments which will allow for the production of an additional 1 million oil barrels per day in the future (about 12 million bbl/d).

Market effects were immediate: as soon as the stock market was resumed, the raw material price collapsed. As it turned out at the end of the day, this was the most drastic fall in one day since… the Gulf War. In the end, on March 9, Brent oil prices fell by a quarter: from about 45 USD/bbl to just 34 USD/bbl. Prices of all other kinds of this raw material fell analogously. For comparison: the price of the American WTI mix fell from 41 USD/bbl to 31 USD/bbl.

As the raw material exchanges survived the mentioned crash at the beginning of March, there was a certain rebound, but as it turned out – it was only temporary. At the moment of writing this text (March 21), the price of Brent oil is only 27 USD/bbl, which is the lowest result in almost 20 years. If we consider the epidemic situation in the world, at the moment, there are no prospects for oil to gain in value. As it seems, the opposite may happen – it may rather continue to cheapen. Especially as it is already estimated that global demand for oil will continue to decline.

What does this situation mean in practice? First of all, the panic on the oil market is further undermining stock market indexes around the world, influencing the quotations of individual companies. Secondly, in time, low oil prices will also threaten the stability of many countries whose budgets are largely based on revenues from oil sales (while Russia has accumulated large reserves for a possible market crisis, this cannot be said about smaller producers). Thirdly, such a market situation also poses a direct threat to American oil producers.
In the United States, oil production is mainly based on unconventional shale deposits, requiring the use of more expensive production methods. As a result, the breakeven point of oil production is noticeably higher for American producers than in Saudi Arabia or Russia. As a result, it is estimated that if oil prices remain lower than 35 USD/bbl (and everything indicates this so far), then the number of new bores in the USA may decrease by up to 75%. This, in turn, would over time translate into a significant drop in the USA extraction.
This context allows us to understand why the largest media today are speculating about the possible involvement of the US administration in solving the current crisis in the oil markets. President Donald Trump declared that he would make such interventions “in due course”, but some action was already being taken at that time. A special energy envoy is to be sent to Saudi Arabia to support efforts aimed at ending the price war. What is more, there is also media speculation that the White House may be considering new sanctions against Russia, which would allegedly convince Riyadh to reduce extraction. So far, however, the “oil earthquake” continues at its best.

Author: Mateusz Kubiak
Mateusz Kubiak is a graduate of Eastern Studies and International Relations at the University of Warsaw. Caucasus geopolitics expert.

« The Largest U.S.-Polish Military Exercise Amid a Coronavirus Pandemic
Brexit – consequences for Poland and America »