In April 2019, the contaminated petroleum supply was reported to have flown to Central and Eastern Europe through the Druzhba pipeline, forcing all countries in the region to halt oil flows and make use of their crude reserves. The largest oil crisis in the region constitutes yet another argument in favor of diversifying crude supplies to Poland and neighboring countries. 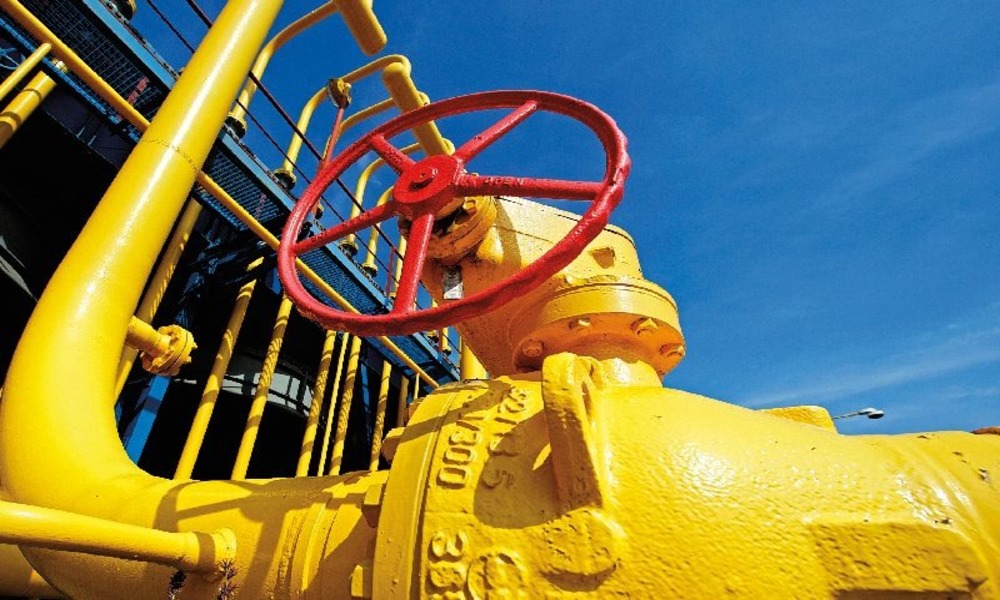 Belarus state oil company Belneftekhim said on April 19 that oil shipments via the Druzhba pipeline have been contaminated with high levels of organic chloride largely over the standard level. The tainted oil supplies were received by a Belarusian refinery in Mozyr where they damaged one of the installations. Five days later, the operator of the Druzhba pipeline’s Polish stretch, PERN, considered oil shipments highly polluted and cut further supplies flowing through the pipeline. A similar decision was later taken by UkTransNafta, its Ukrainian counterpart.

Built in 1964, the Druzhba pipeline was in the first place intended to provide Soviet-sourced oil to Eastern Bloc countries. It connects Siberian oil fields and the Belorussian refinery of Mozyr where it splits into two branches, the northern of which carries via Belarus and Poland to Germany while the southern strand goes through Ukraine to Hungary and through Slovakia to the Czech Republic. Another section of the Druzhba pipeline also goes to Lithuania.

A number of refineries were built near the pipeline, all of which were adapted to processing Russian-sourced crude–with high sulfur content yet cheaper than Brent crude, the international oil benchmark. Also, petroleum products being a final outcome of the crude processing in refineries were not intended solely to be exported or sold on local markets; they instead served as supplies for the Warsaw Pact troops in the event of the outbreak of the Third World War. This may explain their location, referred to as unjustified from the economic points of view, as illustrated by the Mažeikiai crude refinery in Lithuania.

After the Soviet Union collapsed while Central European countries oriented towards the West, Moscow’s firm oil grip did not loosen as some refineries that account for a considerable part of the GDP of the countries of the region still rely on Russian oil. For instance, the Mažeikiai refinery is in 80 percent dependent on Russian-sourced energy.

This prompted the Kremlin to formulate the Falin-Kvitsinsky doctrine shortly before the fall of the Soviet Union. Under its assumptions, the Soviet Union, and later Russia, should use energy supplies to achieve political goals and maintain its influence in Central Europe in the long-term. Although the doctrine applies to the use of the Russian gas pipeline network, crude oil shipments have also emerged as a vital tool for making the entire region dependent on Russia, as exemplified by the Mažeikiai refinery. Until the mid-2000s this oil utility had belonged to the Russian oil firm Yukos. In 2006, PKN Orlen, the largest petrol retailer both in Poland and Central Europe, decided to purchase the refinery as agreed earlier with the Lithuanian side.

PKN Orlen’s move was aimed to stay ahead of the regional threat that began to arise for Poland’s largest refiner. While receiving oil shipment, Russian companies could benefit from more attractive prices than those offered to other firms. This step resulted in folding the region with low-cost fuels. Also, it is worth noting that the refinery in Mažeikiai sends crude to Lithuania, Latvia, and Estonia as well as it exports fuels to Poland. Polish and Lithuanian companies then took up a challenge to fight for the regional fuel market on which Russia held a monopoly position.

Among other bidders for purchasing the Mažeikiai refinery were Kazakh and Russian oil firms. PKN Orlen launched the biggest bid in its history, surpassing all of its competitors. This triggered off Russia’s immediate reaction to the expansion of a foreign company in Moscow’s „sphere of influence.”

Shortly after PKN Orlen took over the Mažeikiai oil utility, the CEO of the Russian oil giant Rosneft–as reported by WikiLeaks documents–decided to „renovate” a section of the Druzhba pipeline, which was also the sole branch through which oil shipments were delivered to the Lithuanian crude refinery. This has continued until today. As a result, PKN Orlen was forced to transform the product pipeline– from the export terminal in Būtingė into an oil pipeline–and ship oil supplies by sea tankers. The Mažeikiai oil refinery needs to rely on Russian oil due to technical restrictions.

Intended to punish Lithuania and Poland for having gotten rid of Russian influence in the region, the „refurbishment” of the pipeline leading to the Lithuanian oil utility was not the only example of how Moscow took advantage of the region’s dependence on its crude. In 2007, Russia suspended all oil shipments through the Druzhba pipeline as a result of a dispute with Belarus over Minsk’s attempt to impose a transit fee on oil supplies pumped through the Belarusian territory. A three-day cut in oil flows, which affected Belarus, Poland, Germany, the Czech Republic, and Slovakia, forced Minsk to make some concessions and sell a majority stake in its domestic transmission system to the Russians.

All said, countries of the regions, including Poland, no longer eye Russia as a reliable trading partner interested in selling crude but as a potential source of threats being able to cut the region off strategic energy resources at the price of political concessions.

Tainting Russian petroleum with organic chloride compounds has no political nature, yet it might have stemmed from the oil theft by private Russian companies that later covered up the shortage by pouring contained crude into the node. Yet countries of the region considered the incident as yet another proof that Russia cannot be referred to as a reliable partner.

Interestingly, Belneftekhim informed about the polluted oil supplies after the technical failure had occurred. This may mean that either Russian quality control leaves much to be desired or the pollution was a deliberate undertaking.

The fundamental problem lies in adjusting the refinery to Russian-sourced crude, which prevents supplies from being immediately delivered. Non-Russian petroleum must be blended and tested whether it may be used to get possible crude products. To achieve this purpose, PKN Orlen has developed its research and development capabilities, establish an R&D center in Płock.

The region’s energy security will also be safeguarded by the petroleum facility in the northern city of Gdańsk. Although its overall capacity allows admitting up to 33 million tons of crude per year, the plant is used in no more than just 30 percent. This is mainly to inland infrastructural limitations while a pivotal role is played by its oil storage facilities, capable of storing up to 8.5 million cubic meters of crude. The month-long crisis has yet shown the crucial importance of the infrastructure. As many as seven oil and gas tankers with a total load capacity of over 100,000 tons were seen on May 24 at the roadstead of the Gdańsk crude plant. Although referred to as an unprecedented situation, this shows how vital the oil facility is for the region’s stability.

The Gdańsk refinery guarantees to keep oil output in Polish plants to remain at the standard level while also powering two refineries in Schwedt and Leuna in Germany. It is only thanks to the Gdańsk oil plant and its storage facilities that Poland and Germany enjoy a strong negotiating position in talks with Russia and may apply for a detailed compensation plan before clean oil supplies are restored. Deprived of such a possibility, other countries, like Slovakia, agreed to restore clean oil shipments with no specific compensation guarantees. The talks are currently underway.

The current oil crisis has yet again depicted how crucial it is both for Poland and neighboring countries to diversify their crude flows. It remains in the common interest of Central European countries and Russia to maintain further flows of high-quality Russian while relying upon a partnership between the oil supplier and the recipients. The Kremlin has, however, proved many times that energy supplies serve as a tool for implementing its hostile policy.