Online Debate: A Balkan future of the Eastern Partnership

The Warsaw Institute Review has the honor to announce the upcoming expert event „A Balkan future of the Eastern Partnership ” on Wednesday, July 8 at 8 PM (CET)! 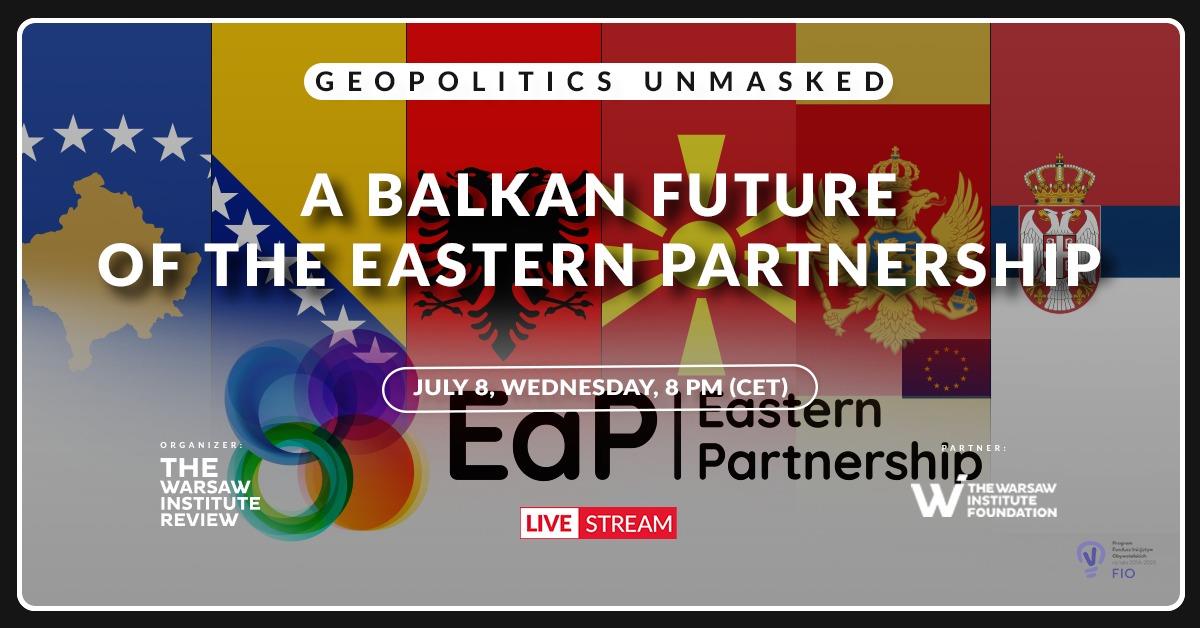 Register to receive a reminder with a link directly to the live stream 30 minutes before the beginning: https://www.eventbrite.com/e/live-debate-a-balkan-future-of-the-eastern-partnership-tickets-112299177864

The Wednesday event will be attended by:
– Zhanna Bezpiatchuk – a BBC correspondent based in Ukraine. She was also Radio Free Europe & Radio Liberty correspondent based in Brussels from where Zhanna reported on the EU politics. Zhanna Bezpiatchuk has a PhD in mass communications.
– Marija Jankuloska – President in the Institute for Cooperation and Democratic Development from Northern Macedonia

« Video recording: How can civil society change the world?
Who is afraid of Poland’s alliance with the US? »