Is there a possible change in the leadership of the Republican Party? Ron DeSantis grows stronger 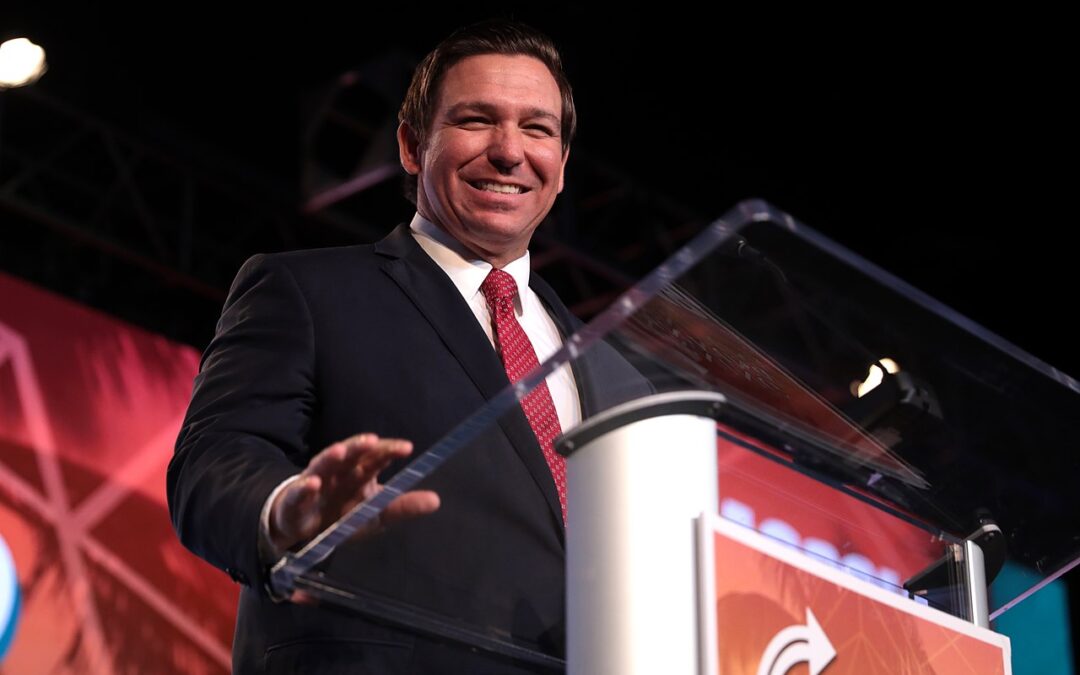 With the decline in the popularity of the current US president due to rampant inflation in the United States and Donald Trump’s political stagnation due to the activities of the commission investigating the events of January 6, 2021 in the US Capitol, American society may look for alternatives. While the Democratic leadership is not currently in a position to put forward a serious candidate to replace Joe Biden, the situation on the American right appears to be much more dynamic.

As reported by the American media, the financial support of leading Republican donors for Donald Trump’s campaign in a potential run in the 2024 presidential election has been gradually declining. This is the case, inter alia, because of the increasing amount of information disclosed by the House Select Committee on the January 6 Attack.[1] Florida governor Ron DeSantis himself stood up for the former president of the United States, but on the other hand he made it clear that he did not need Trump’s support in the race for re-election in his home state.

Although many observers of American politics believe that Trump, due to his high recognition among Republican voters, is the undisputed leader of the American right, it is worth observing the increase in popularity of the politician, who may become an important player in the fight for the nomination of the Republican Party in 2024. All the research conducted in this area confirms that Ron DeSantis is approaching the top of the list.

The commission, whose vice-chairman is Liz Cheney (R-WY), reveals more and more facts that are inconvenient for the GOP leader, which directly affect his perception in American society. A dozen or so auditions that have already taken place have revealed more details of the events from one and a half years ago. This includes the testimony of Cassidy Hutchinson, who was an adviser to Trump’s chief of staff Mark Meadows. Hutchinson indicated that Trump was aware of the threat posed by weapons that could have been brought by supporters of the former US president at the Capitol. Testimony from a member of Trump’s staff also shows that he was determined to use a number of means, including spreading “rigged elections” theories to stay in power. Reports like these definitely do not improve the current image of Donald Trump in American society, not even among his “hard” electorate. The United States House Select Committee on the January 6 Attack has been operating in the House of Representatives for just over a year.

At that time, public support for Donald Trump, despite slight fluctuations, remained at a similar level of about 41 percent.[2] In similar charts, DeSantis receives double-digit results, which are clearly marked by an upward trend. The state of Colorado is an example of communities where the governor of Florida has overtaken Donald Trump in the pre-election polls. In early June 2022, it indicated 71 percent approval of DeSantis, which was four points ahead of Trump. In a poll conducted at the Western Conservative Summit, no other candidate received even 30 percent of the vote. Similar results from a survey of DeSantis ahead of the former US president were also obtained at the Wisconsin Republican Convention.[3]

Despite the fact that Trump himself remains the leader of popularity among GOP voters, the actions of the commission in the House of Representatives can effectively force changes in the distribution of power within the party. A New Hampshire University poll shows that Governor Ron DeSantis can be very competitive not only in the face of a potential intra-party race with former President Donald Trump, but also with President Joe Biden.

The study shows that in a potential electoral comparison between Joe Biden and Ron DeSantis (excluding Donald Trump from the rivalry), the Republican candidate would win. According to New Hampshire University experts, the current Florida governor could count not only on his electorate, but also on 97 percent of voters who voted for Donald Trump in the previous election. In the end, that would give DeSantis a win over Biden 47 to 46 percent of the vote. This is, of course, the limit of a statistical error, but in the same study, when assessing Biden’s re-clash with Trump, most respondents, despite historically low public support for the Democratic leader, still favor the current US president.[4]

Moreover, a survey conducted in the last days of June by Yahoo News / YouGov found Trump beating DeSantis in a national poll for GOP nominations with an increasingly dwindling lead. This is a figure of 44 percent to 33 percent. Among registered voters, the difference was even smaller, amounting to only 45 to 36 percent.[5] These are the best results for the Florida governor in the history of the 2024 pre-election analysis.

Ron DeSantis’ position among Republican Party voters grows in direct proportion to the gentle declines recorded by Donald Trump. The current governor of Florida seems to be an interesting alternative to the growing part of the conservative electorate in the United States. Despite the fact that DeSantis has declared that he is not currently interested in running in the presidential election, the growing expectations of the republican voters may help to change this decision. It also seems that despite the still huge support of Republican voters for Donald Trump, the results of the United States House Select Committee on the January 6 Attack may largely determine the future of his candidacy.