Founded in 2003, PONI is a networked community of professionals prepared to meet the nuclear challenges of the future. PONI cultivates young professionals by building relationships, deepening understanding and sharing perspectives across the full range of nuclear issues and communities. 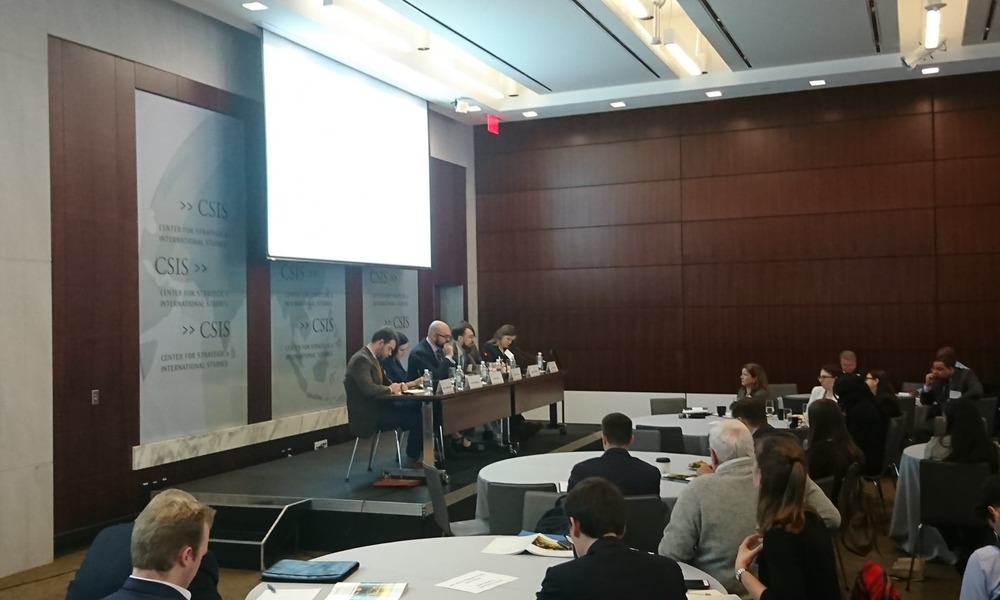 It was a great pleasure for us to participate in the next in the series meeting devoted to nuclear issues at CSIS. It was already the third event this year, organized under the aegis of PONI.

Alluringness of the conference was particularly reinforced by the United States` rather controversial willingness to withdraw from the INF treaty. Maxwell Downman who is a nuclear policy analyst at British American Security Information Council undertook the difficult task of presenting the European position in the context of such a strong US policy towards Russia. During his panel entitled “ Europe and the INF Treaty: Between a Hard Place and a Rock,” he presented the possible approach ways for Europe while reacting to the new deterrence act posed by US. The basic premise which would best place Europe in this context would be definitely being more supportive toward the US policymakers. Trying to move away from the victimization of the European Union. Which is lately observed in narrative of leading EU countries when it comes to commenting US administration decisions. And communicating more loudly its needs and perceptions on European security issues. Not only it would help Unites States to join European allies in working towards compliance but also to move away from a stagnant approach to Europe’s security issues in the context of the planned and carried out armaments by Russia.