On Wednesday 6th May 2020 the editorial office of The Warsaw Institute Review organized its 3rd experts debate titled „Germany: Energiewende, atom and Nord Stream 2”. Similary to previous events of the series, the debate took place in a form of a live broadcast, beginning with experts’ speeches, and then going to Q&A session, during which the viewers were able to ask questions through social media. 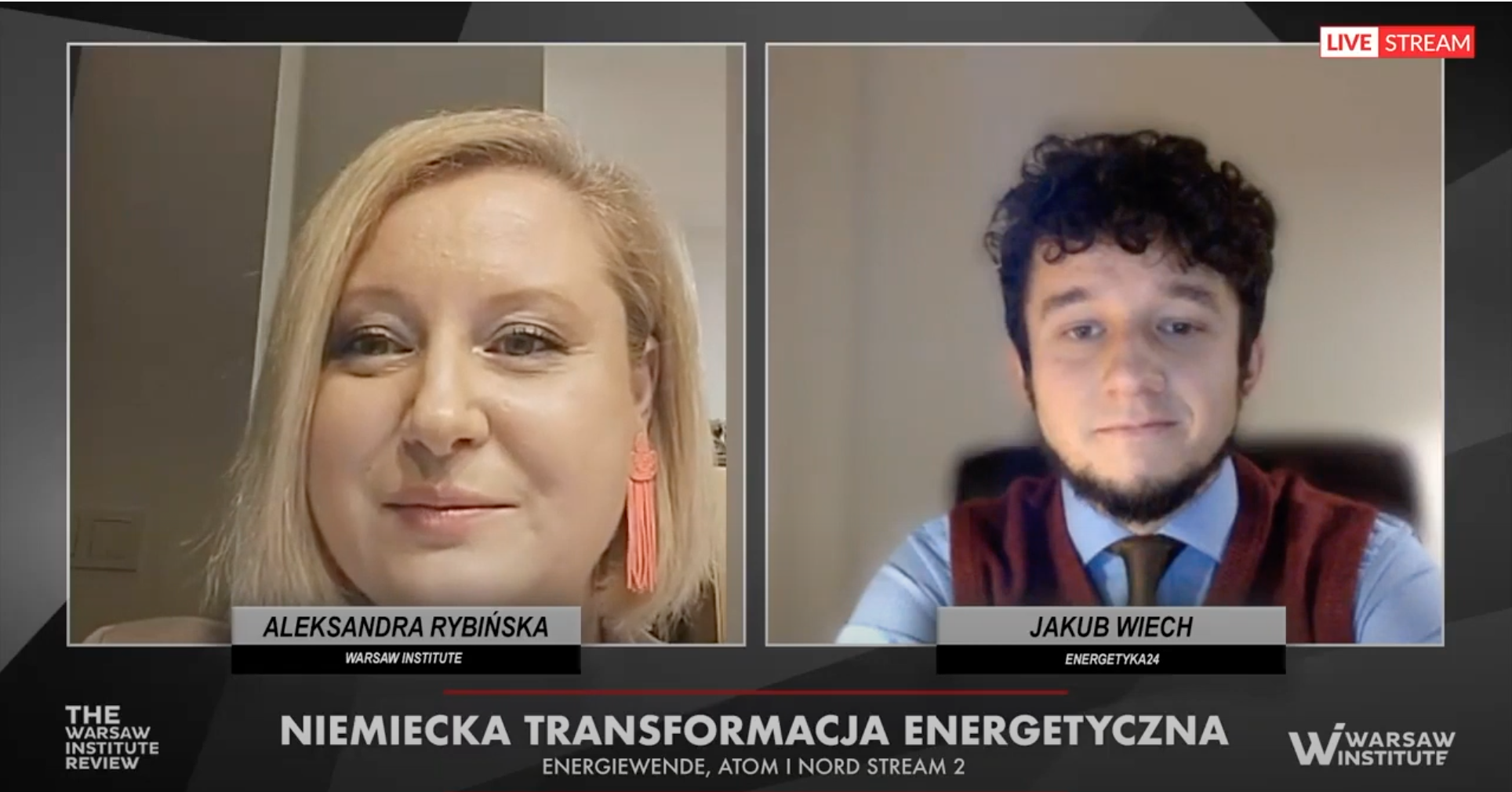 In the first part the debate took the form of a dialogue between Mrs. Aleksandra Rybińska, Warsaw Institute expert and a member of the board of Foundation for Polish-German Cooperation (Fundacja Współpracy Polsko-Niemieckiej, FWPN) and Mr. Jakub Wiech, publicist and deputy editor-in-chief of Energetyka24.

Aleksandra Rybińska started the debate by outlining the concept of Energiewende, that is German energetic transformation that main goal’s shift to low-carbon, renewable energy sources supported by gas. The European project of New Green Deal is based notably on Energiewende and because of that we should take a closer look at its foundations and realization. She added though that in her opinion the project is more of a political vision than a reality and that the German energy industry is still based on coal-fired power stations.

Jakub Wiech stated that although the transformation model does not lead to decarbonization, Energiewende in being realized on a big scale, with significant funds allocated on this purpose (over 20 billion euro annually). Today, 40% of German energy mix consist of renewable energy while the project was built by the Germans almost completely from the scratch. Analyzing the partnership with Russia he pointed out to the Nord Stream 2 construction project, describing it as clearly political and as an implementation of both countries’ interests. This can be proved by the fact that during an economic summit in Petersburg the Germany signed an agreement supporting Russian economy despite the fact that officially it backs the sanctions imposed by the EU.

Jakub Wiech added that the exclusion of crude oil from the energy mix is a very hard task because of the difficulties in replacing it in industry and transport. Long-term dialogue with the energy industry should be based on building of a community of interests understood as a construction of an atomic power plant.

Aleksandra Rybińska remarked also that the Polish project of Baltic Pipe has a similar ambition of becoming a gas hub as the German concept, but without cooperation with Russia.

Asked about the New Green Deal, Aleksandra Rybińska stated that this is an idea far beyond the currently available tools, and that most of all it is an attempt to create a common, ecological European identity that in its assumptions could strengthen the integration process.