Biden will participate in the QUAD Summit in Japan 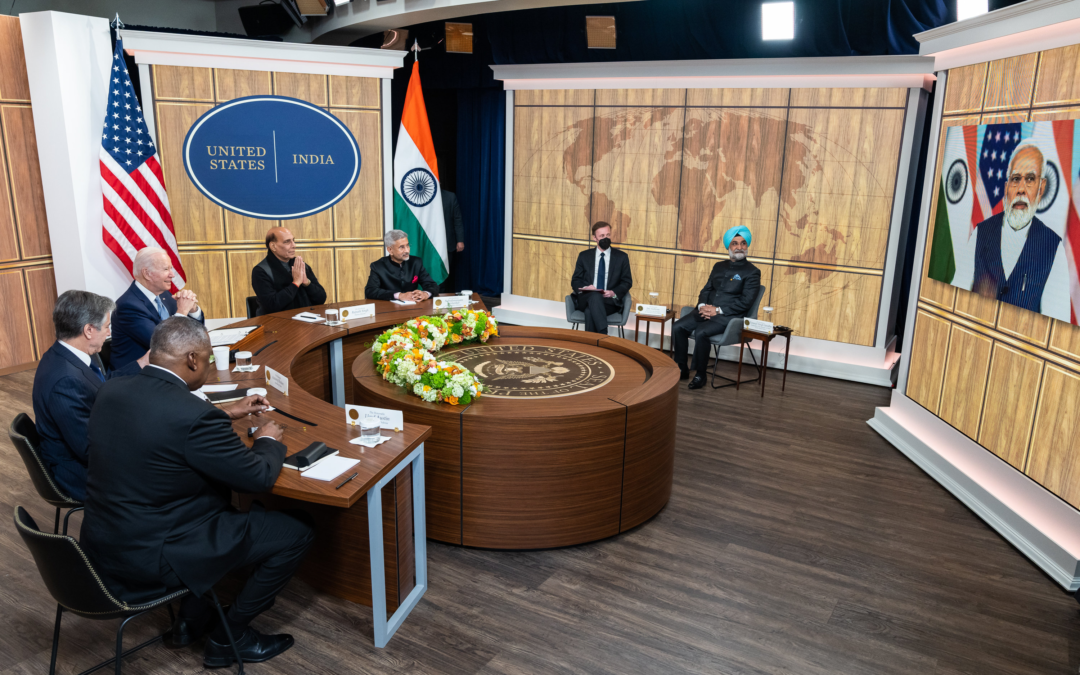 In the first half of April, President Joe Biden indicated that he planned to take part in the upcoming QUAD summit. The partnership cooperation of the countries associated in this system is crucial for repelling China’s increasing interference in the waters of the Pacific. The meeting of the leaders of the United States, Australia, Japan and India will be designed to deepen cooperation and show unity in the face of the current threats in this region of the world. Biden’s presence at this meeting will mark his first visit to Asia and Japan as president of the United States.

At a time when a large part of the attention of world politicians, including American politicians, is now attracted by the war in Ukraine, the administration of the White House is proving that it is not losing sight of other places crucial for the further distribution of power in the world. Undoubtedly, such a region is the Indo-Pacific. Growing tensions in the South China Sea and Chinese claims against Taiwan stand at the forefront of the Biden administration’s foreign policy. This is confirmed by the QUAD summit in Japan announced on May 24.

The summit in Japan is to be an expression of the country’s high position in the strategy of American actions in the Indo-Pacific. It is Japan that is to be the pillar of security in its northern waters, while in the south Australia’s growing allied position can be seen.

Japan’s diplomatic rank is evidenced by the fact that Prime Minister Fumio Kishida’s predecessor, Yoshihide Suga, was the first foreign leader to be invited to the White House for talks after Joe Biden’s victory in the 2020 presidential election.

The growing role of Australia, which is part of a series of security pacts in the Indo-Pacific region, manifests itself in the regular strengthening of its military potential. Both the actions taken under the AUKUS alliance and Scott Morrison’s proposals to increase the size of the Australian army show that the burden of responsibility for the security of this region will also rest on Canberra’s shoulders. The attention of the American administration towards Australia is additionally attracted by the threat posed by the developing cooperation of the Solomon Islands with the People’s Republic of China.

However, it may be problematic to appoint the Australian delegation to the QUAD summit. It will take place only three days after the federal elections in this country. Australians will cast their votes on May 21, 2022. If the election results turn out to be close, and the parliament is suspended, it means that the new representatives of Australian government may not be sworn in by the time of the summit. The White House Press Office declined to disclose whether the date would be changed in view of the announcement of the Australian elections.

On April 11, 2022, President Joe Biden spoke during a virtual conference with Indian Prime Minister Narendra Modi. The US president expressed his willingness to meet Indian politician during the May QUAD summit. The Tokyo meeting itself and the bilateral meetings with the Indian side prove that the United States intends to significantly improve relations in order to strengthen its position in the Indo-Pacific region.

India, which historically has close ties with Russia, stands out among QUAD members in that it does not unequivocally condemn Moscow for the war in Ukraine, and refrains from imposing sanctions. The Tokyo summit may therefore be an opportune moment for the Americans to force India to take a tough stance on the Russian Federation, and thus also on China allied with Vladimir Putin’s regime.

Prior to the meeting of QUAD leaders, South Korean President-elect Yoon Suk-yeol made an unofficial appeal to the leaders of the alliance to grant him the observer status of the upcoming summit. In the face of mounting friction and territorial claims in the region, the new South Korean leader is seeking to strengthen ties with Tokyo and Washington. Certainly, the expansion of partnerships in the Pacific would be of use to the United States, which builds the stabilization of regional democracies on the basis of enhanced multilateral cooperation and alliances.

The meeting of the leaders of the countries of the region bordered by the Indian and Pacific oceans is another proof that this place is crucial for the further distribution of power in the world and will play an important role in the superpower race between the People’s Republic of China and the United States, supported by numerous allies of the pacts and anti-Chinese coalitions.